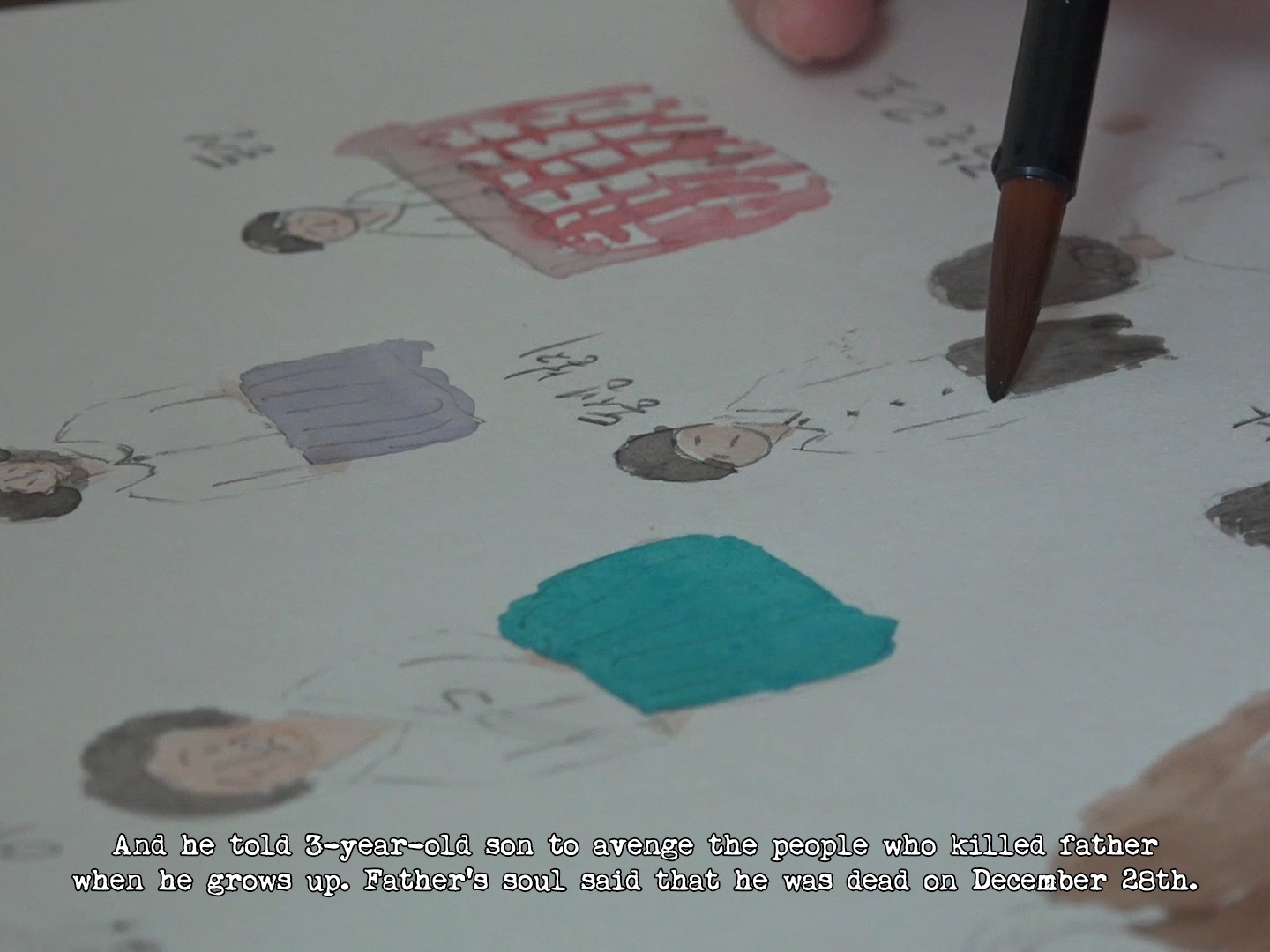 On April 3rd, 1948, one out of ten people on Jeju Island were killed in the midst of social turmoil: an armed rebellion by the Worker’s Party of South Korea arose against the establishment of an independent government of South Korea, and to quell the suppressive U.S-backed military government. 70 years have passed since then and the children, who survived the massacre on the island, now testify their memories with illustrations.

While Jeju Island attracts many tourists, there are those who still live on the island even after losing their families and neighbors 70 years ago. During 'Jeju 4•3', while the country was slaughtering civilians, people struggled to survive from the coercive military and police, and resisting rioters. Children, who had nothing to do with ideology, lost their mothers and watched their family members die. 70 years later, those children have now grown into old, but 'Jeju 4•3' remains unsettled and it continues to drift between contrasting ideologies. What can compensate for the lives of these people who have lost their loved ones at such an early age? The least we can do is listen to their stories, events that have never been spoken of for 70 years. By illustrating what they have witnessed alongside capturing their now-wrinkled expressions and gestures on camera, we can go back in time.