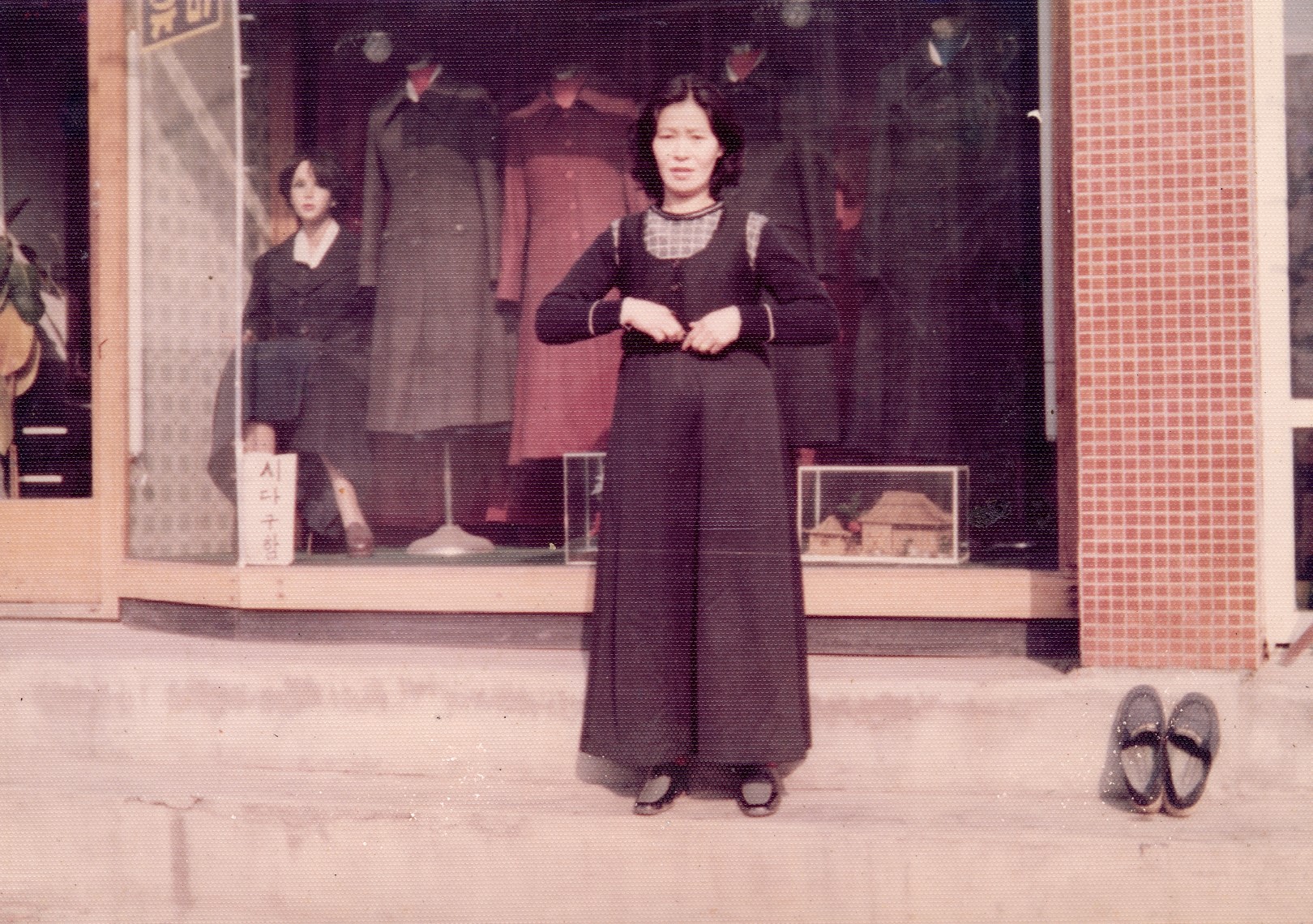 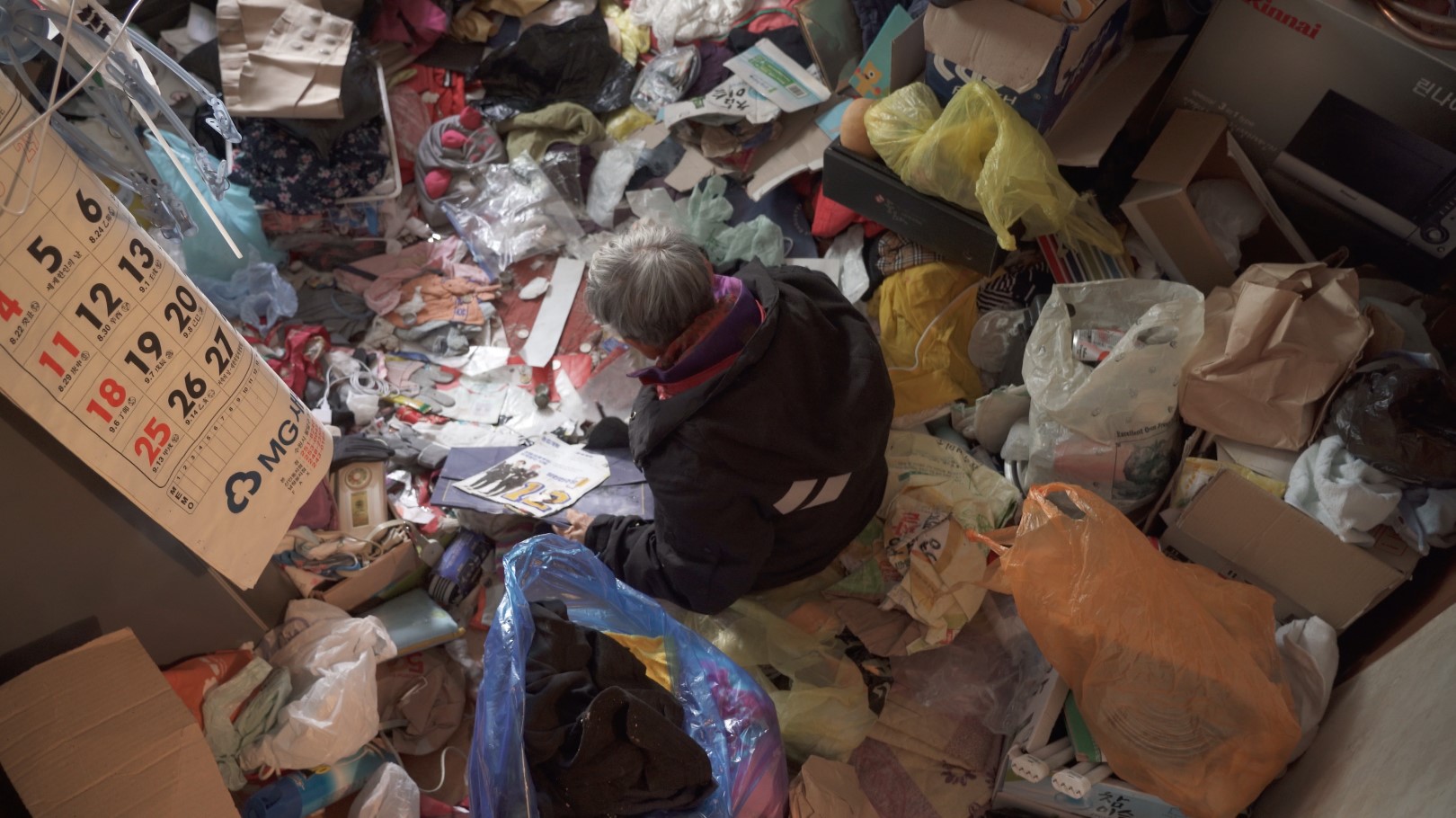 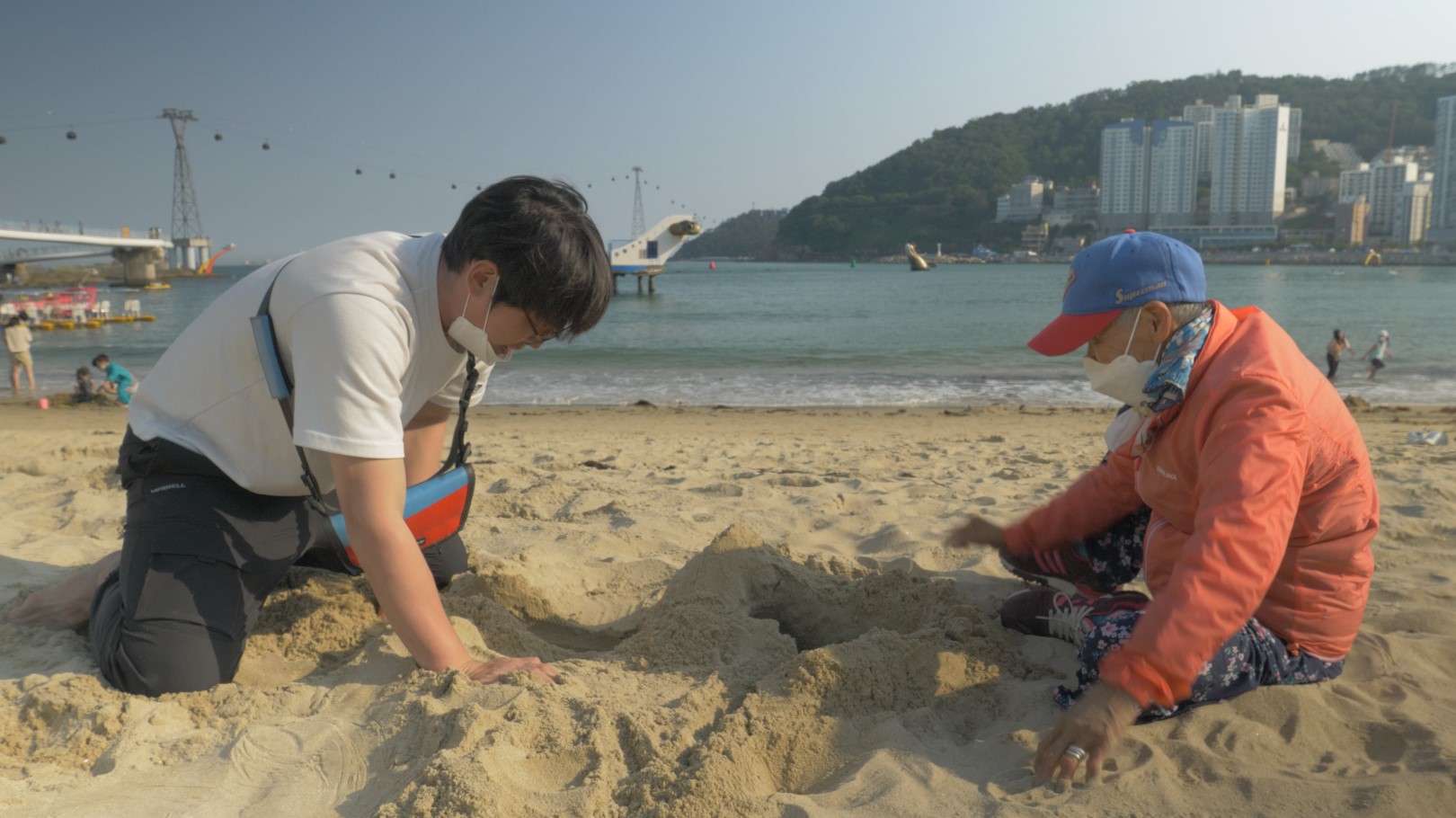 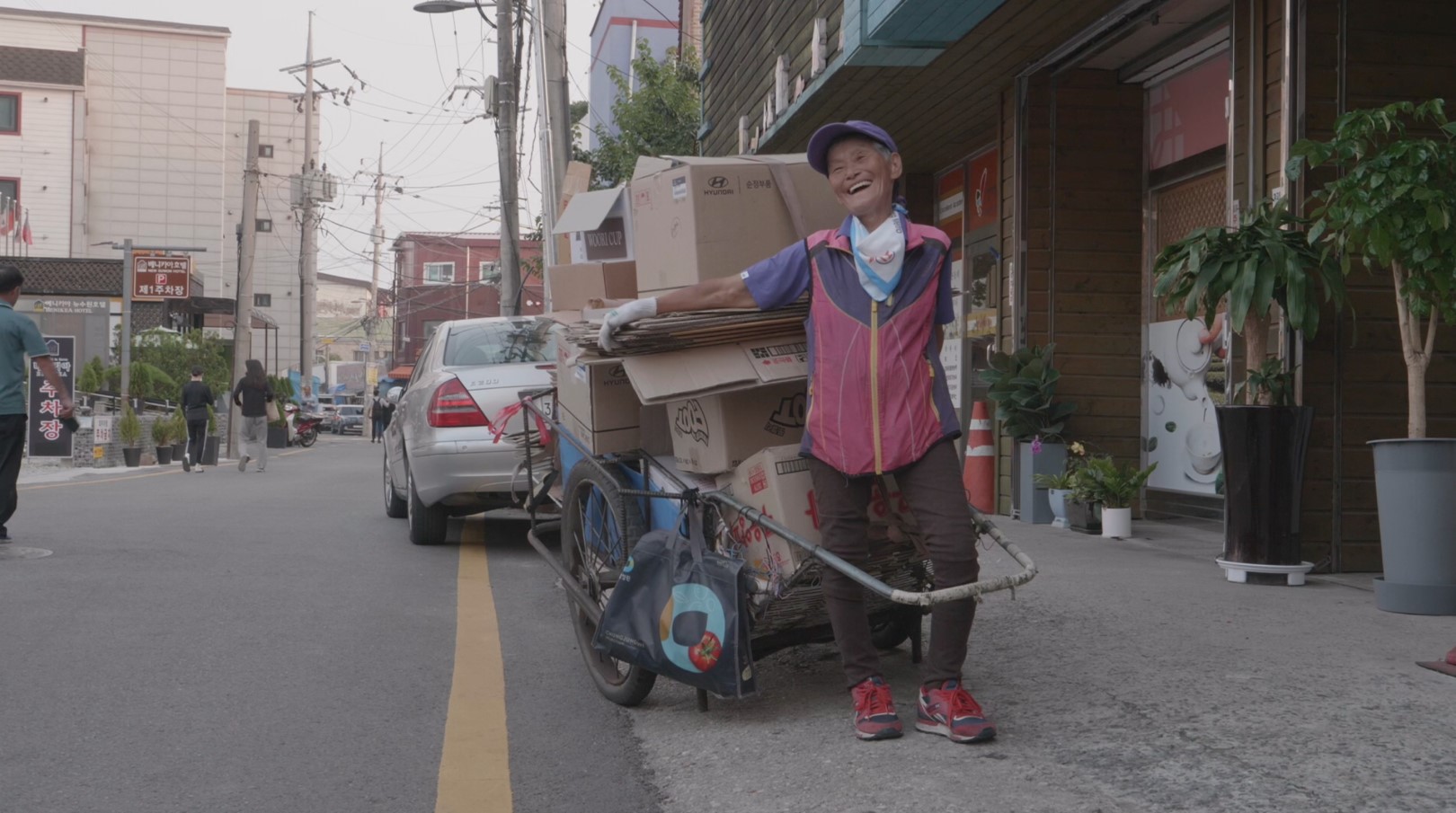 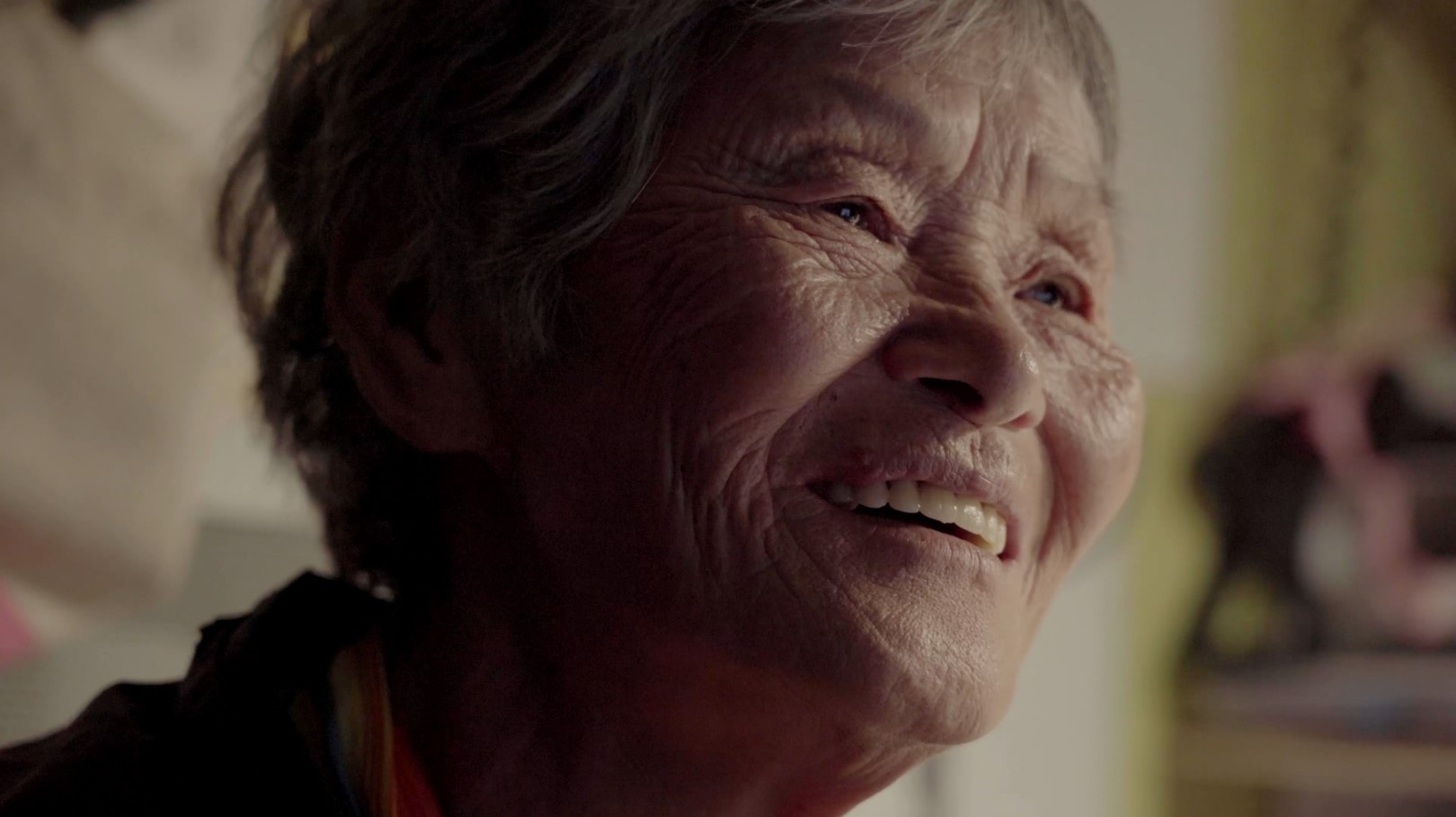 
An old lady who earns her living by collecting wastepaper comes into my house to eat and sleep with me.

It’s been 7 years since we’ve been like a family and one day,

she gives me the jewels that she has been keeping for her whole life and tells me stories.

One day Son Seon-yi, an elderly lady, gives me the jewels that she has been treasuring. “Keep it and don’t give it to anyone.” People think we’re grandma and grandson but actually we’re not related to each other. Nine years ago, I came to Suwon to complete a graduation project for my major, film studies. When I met her at an urban regeneration district, she was carrying a handcart, larger than herself and full of boxes, and yelling at cars honking at her. Fascinated by her, I started filming. I finished my film but I felt it was not completed. Meanwhile, she and I became a family. One day, she comes home heavily drunk and starts telling her stories: her parents who never came back after being taken away by Japanese people, and her living as a maid after running away from a shack serving drinks to US soldiers. We go on a journey together following her stories from Busan, Bupyeong, Seoul and Suwon. If I understand her past, can we be a real family?

When I first started filming her, my work was mostly focused on the tough life and labor of a female senior citizen who collects wastepaper on the street. I couldn’t dare to ask what her life was like. This is because I assumed the history of the woman, who is over 80, alone and making her living by collecting wastepaper, would be too heavy to be explored by such a short graduation film. It seemed too much for me. When she handed me all kinds of jewels and a wad of cash, and told me stories about them, I came to my senses. We’ve become a family for the past 9 years, and the history and stories of this person which would have disappeared, can be retold through me. This film is about the life of an old lady that no one really cares about and needs to care about, and it is also about my sense of responsibility that arose when our lives collided. Through this film, I would like to capture the moments where she tells her history through her own voice and where she exists as ‘Son Seon-yi,’ not ‘an old box-collecting lady.’