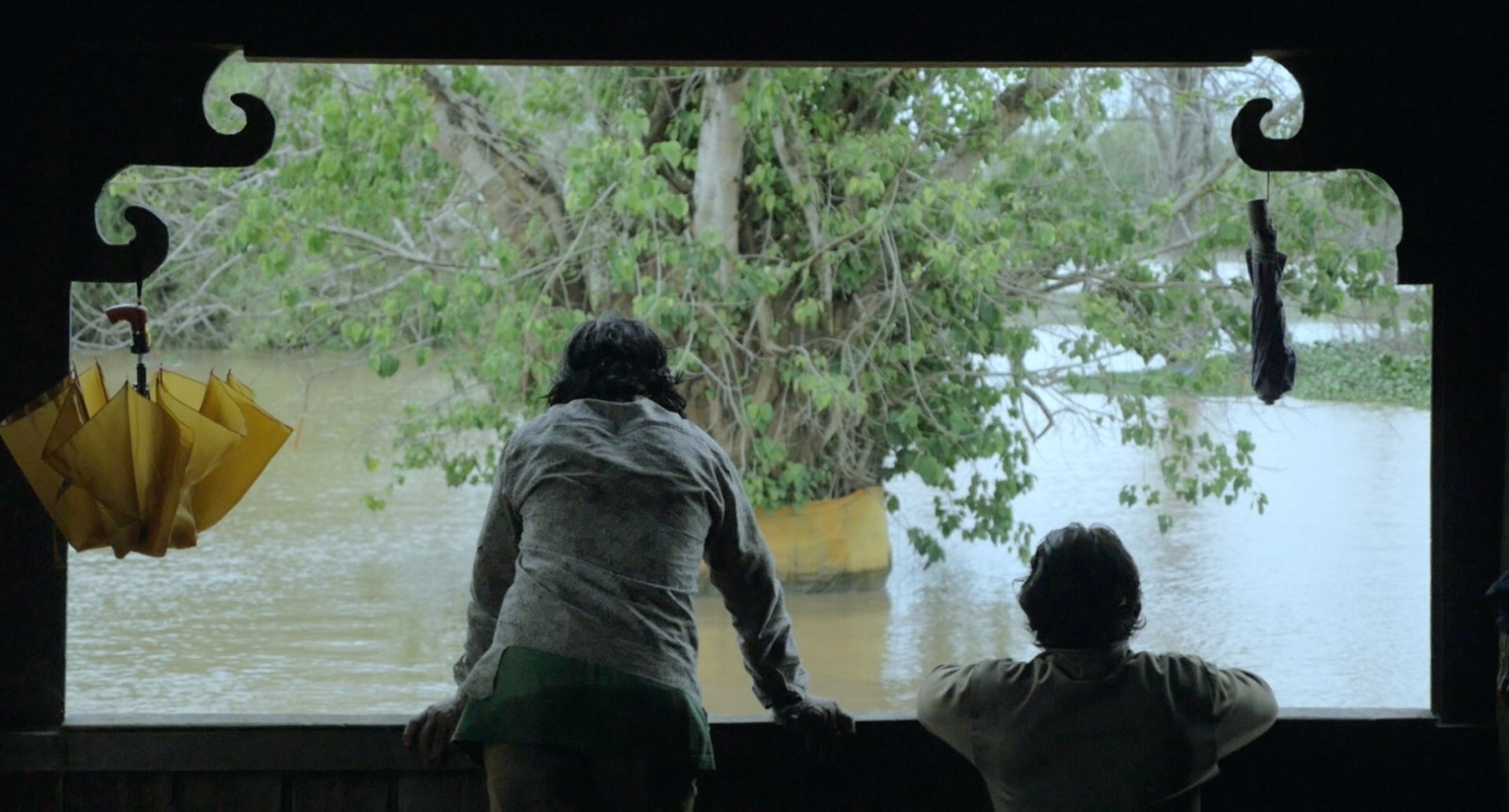 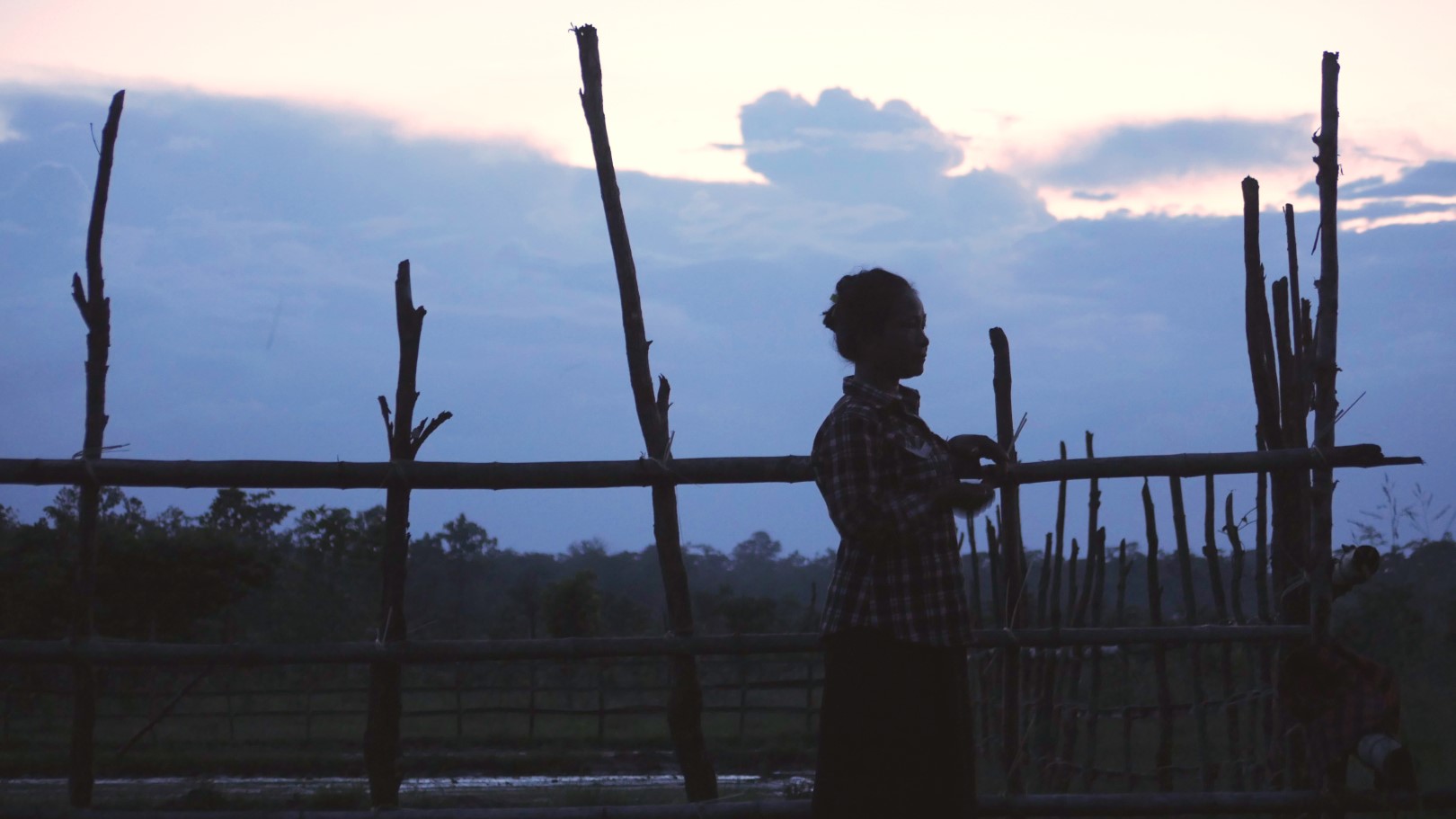 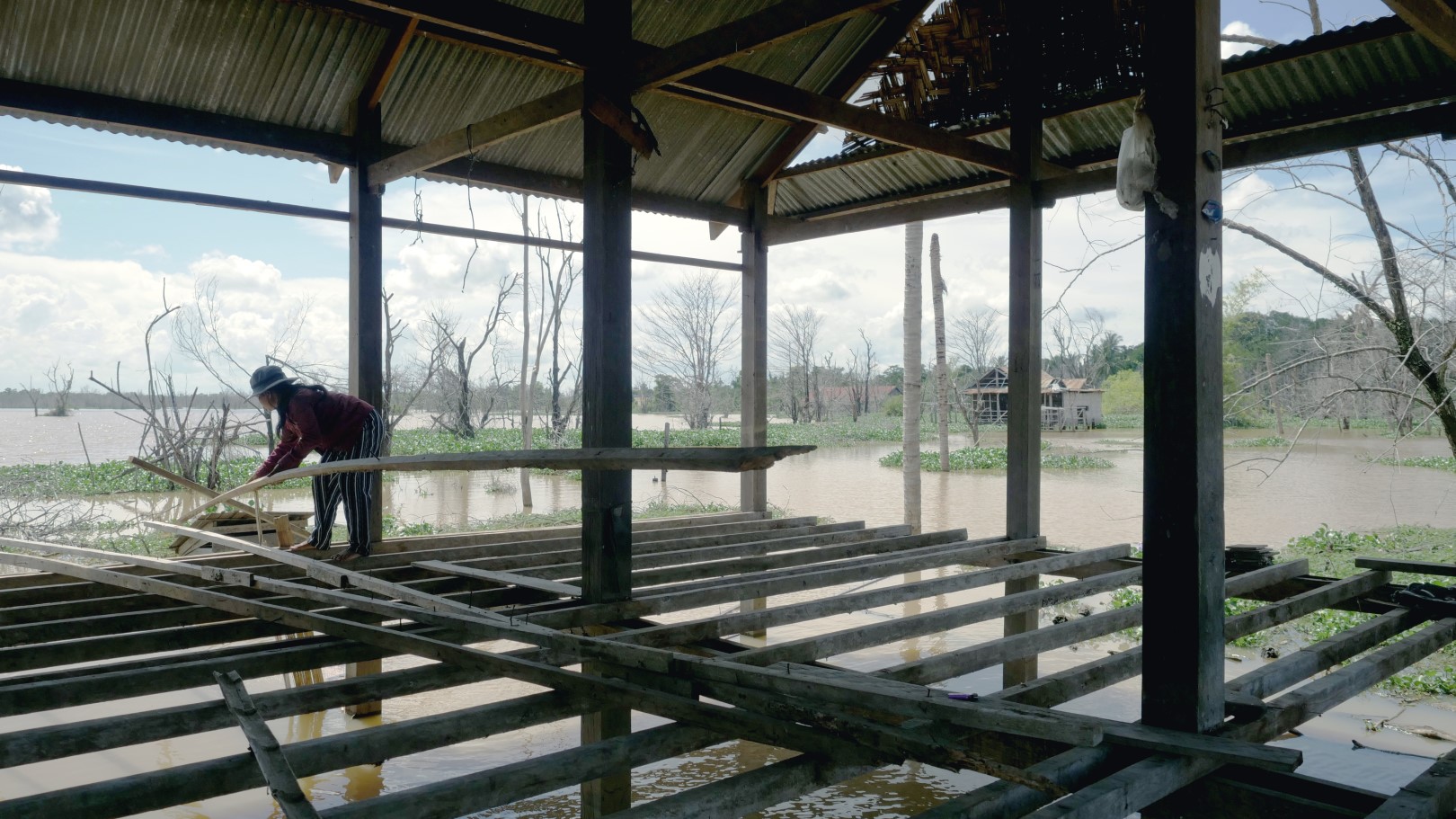 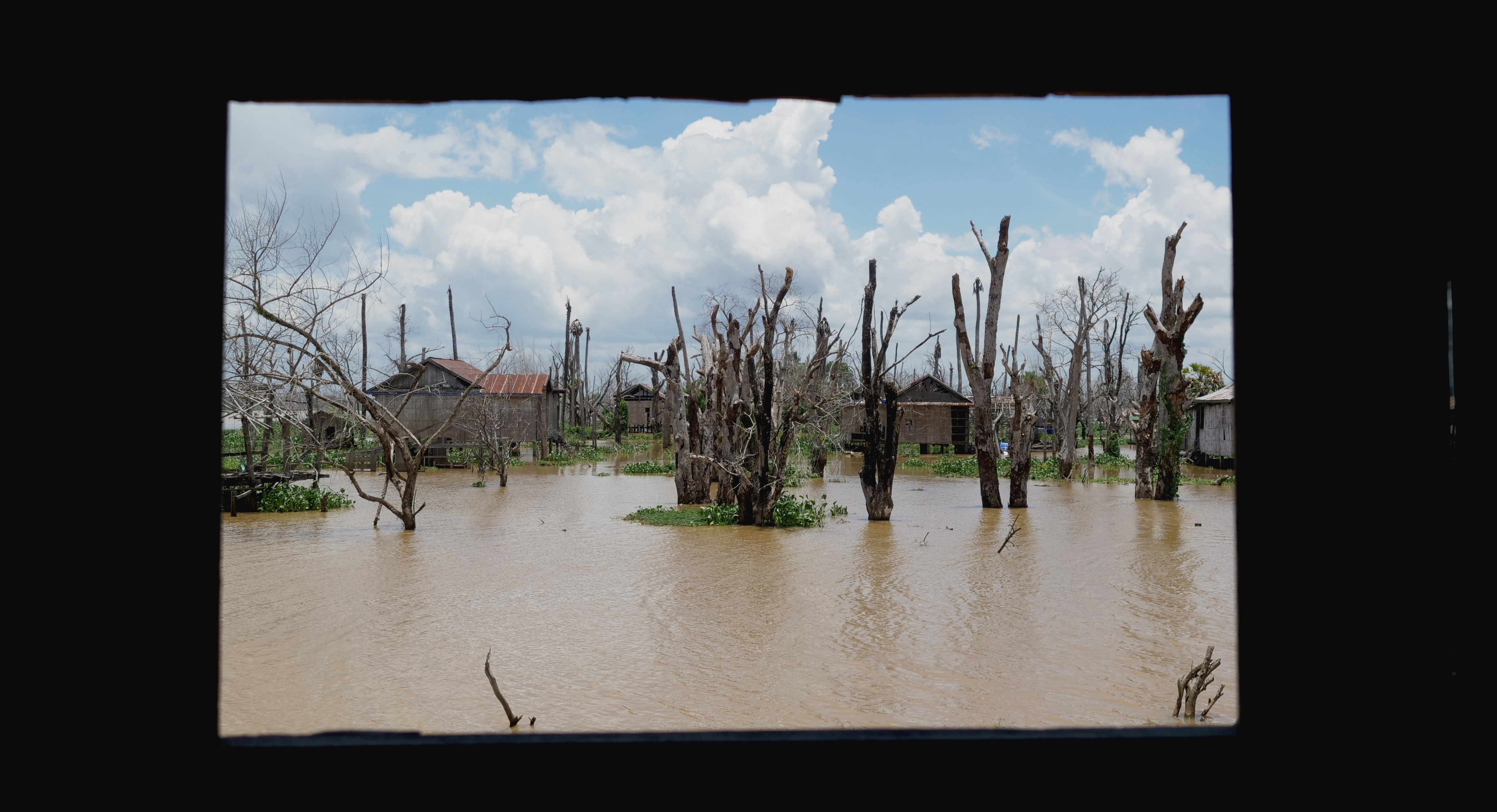 The Tongue of Water

by a hydropower-dam reservoir. Her fight becomes even tougher when outside threats continue to disturb

the peace of her beloved land.

North-East Cambodia, early 2018. Neang is an indigenous mother. She lives with her two parents and her four children in a remote village in the northeast of Cambodia: Kbal Romeas. She dreams of living peacefully with her family, surrounded by nature. In 2014, their lives were disrupted by the construction of a hydroelectric dam. At the end of 2017, the reservoir flooded the houses of Neang and the people from Kbal Romeas suffered greatly. Along with other villagers, Neang refused the compensation offered and chose to stay. They consider themself as the guardians of the land. Now, she lives in a small hut at the edge of the forest. She and the others who remain are trying to rebuild Kbal Romeas from scratch. There, they can continue to live close to nature and the spirits of their ancestors, but the Cambodian government considers Neang and the villagers of Kbal Romeas as outlaws. However, driven by their convictions, they are slowly rebuilding the foundations of their new life on this forbidden land. From the flooding of the village of Kbal Romeas until today, "The Tongue of Water" tells the story of Neang's resilience and her struggle to stay on her land to build a new life alongside her family and nature.

The history of Cambodian cinema is painful. Although it flourished in the past, it was violently amputated by the Khmer Rouge regime. I am really happy to be part of a new generation of emerging directors wanting to tell the many hidden stories of the country. "The Tongue of Water" is one of those hidden Cambodian stories waiting to be told. We are rushing into an uncertain future and the experiences of the indigenous people, the guardians of nature, should resonate strongly. Through the centuries they have witnessed what humanity did to the country. From their forests they represent what the real Cambodian is for me: authenticity with a peaceful mindset and loving soul. With this long term work, I will try to offer an immersive journey, with poetry and benevolence. Alongside Neang, I perceive my experience in this village like a dream in a mystical world. I see Neang and the way of life in Kbal Romeas like a beacon in our world damaged by consumption and greediness.