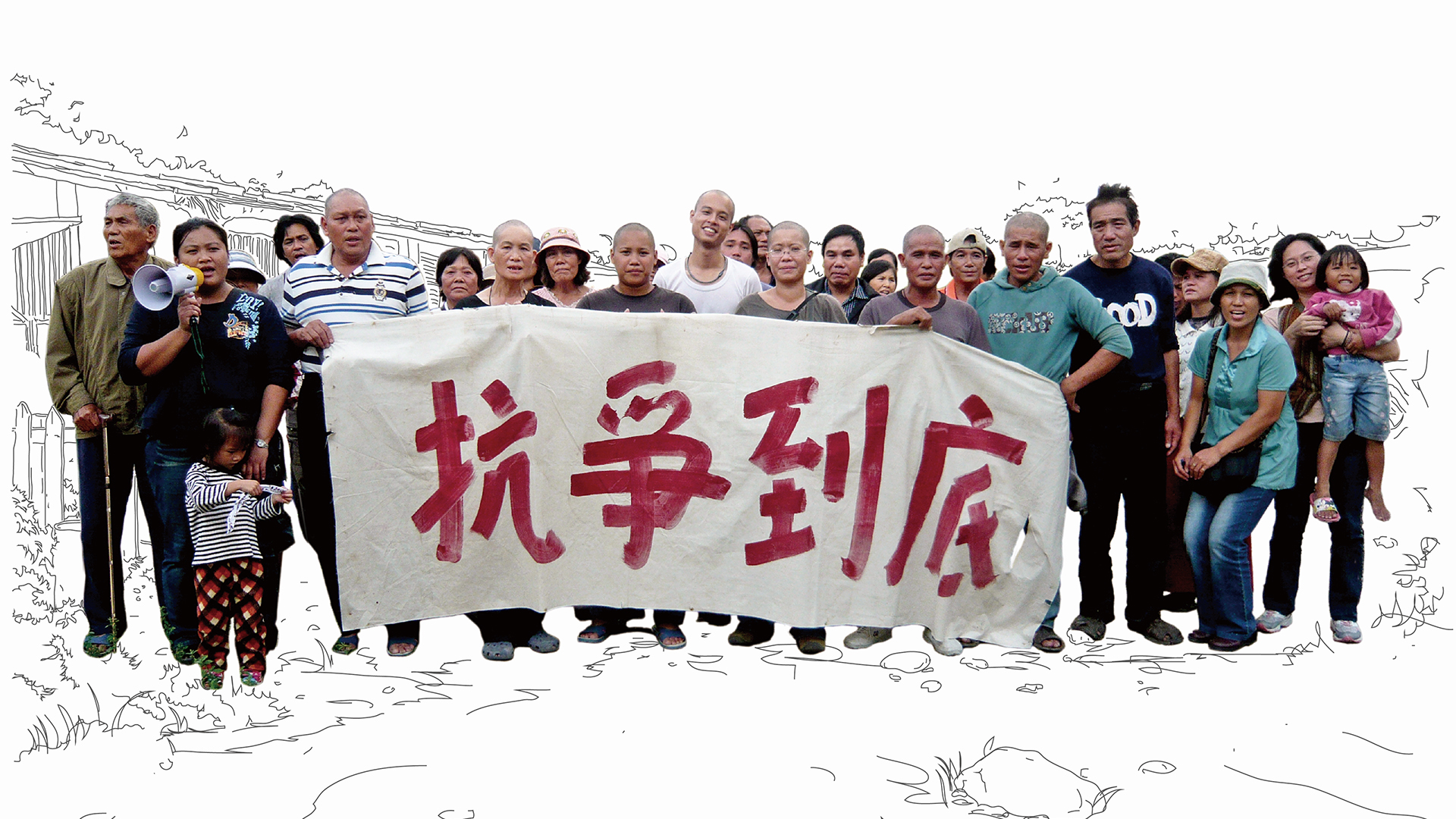 On February 29th, 2008, an excavator drives by the riverbanks in the community of San-Ying, in the eastern part of Taiwan. He stops by a bunch of wooden houses where the tribe of Amis previously lived, yet more than 30 years have passed since the lack of jobs pushed them to move their village up into the mountains. This is already the seventh time they’ve moved in 30 years. If it weren’t for ethnic Chinese journalist Mr. Jiang, the Amis tribe would have built their village again for the eighth time, and waited for the excavator sent by the government to come and destroy it once more. But this time is different. Mr. Jiang asks - why don't you take this out on the streets? Led by Mr. Jiang, they start a fight for their right to housing in which they're joined by artists and the general public. But in the meantime, something changes. The revolution that Mr. Jiang started is not what it used to be, and when money flows in, those he considered the victims slowly become the oppressors. Did he make a mistake, or did the world change those simple people?

Who are we? This is the philosophical and political question that I wish to address with my film. Can our identity be defined by mere blood relations? Han and aboriginal, mainlanders and local Taiwanese, Hakka, foreign workers in Taiwan - we are certainly not short of examples when it comes to identity diversity, as is the case in many other countries around the world. Through the example of the Sanying tribe, and their relationship with Han Chinese through their fight for land recognition, I wish to investigate how identity and opposition is often used for a political purpose.​