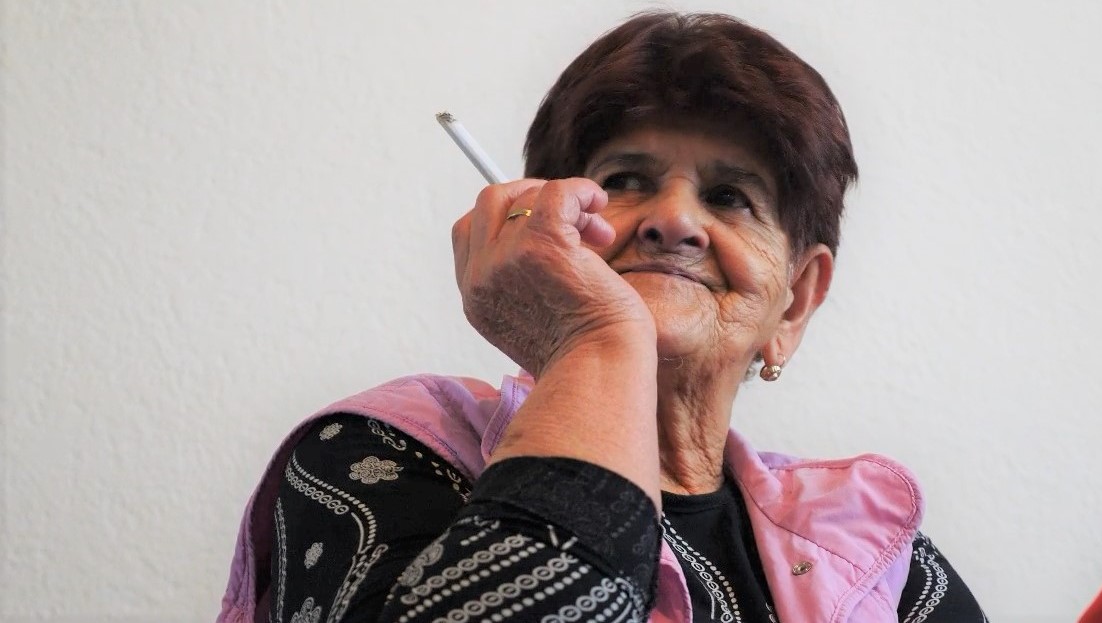 The Life of Romani (working title)

Ramija, a resident of a gypsy town in Gračanica, has worked as a blacksmith her whole life. She survived two wars: World War II and the Bosnian civil war. Amella, a resident of Visoko City, runs an arcade in her basement. She works hard in the hope that her second daughter can escape from gypsy society. On the other hand, a Chergash woman (a roaming Bosnian gypsy) is a beggar that wanders around the local tourist attractions. Other fellow gypsies that have settled down disapprove of her. Her standing on the street reflects the shadow of a vagabond. In times of trouble, the stigma of being gypsies and memories of belonging nowhere during the civil war are all brought back—they still live in an unstable world. Young people who were born in the Srebrenici rape camp during the civil war and then were adopted, return to Bosnia to discover their identity. We will listen to their stories, and capture whether a peaceful coexistence is possible through these people who must go on with their lives in Bosnia.

A story about people who are neglected in the historical records – World History of the People Part 4. The weak always exist in the unrecorded history. Apart from the discriminatory view that separates East from West, the civilized from barbarians, and “us” from “them,” we wanted to capture the image of humans, who share the same history by living in the same period of time, despite having lived in different histories. In Bosnia, the powder keg of the Balkans, here are gypsies that are always considered as outsiders. The symbols of hatred from the Bosnian civil war, known by many as the ugliest war in the 20th century, are being summoned again from the past. The extreme right are raising their voices in advocating nationalism, making gypsies into an object of abhorrence. So we would like to capture the lives of gypsies that cannot stand on any side—the uninvited gypsy women. Vagabondage was not their destiny. They stand at the very bottom of the unrecorded violence. Removing the external view of the topic that has been treated as unethical or romantic, we wanted to ask the meaning of coexistence and peace through their sincere and pleasant lifestyle.​