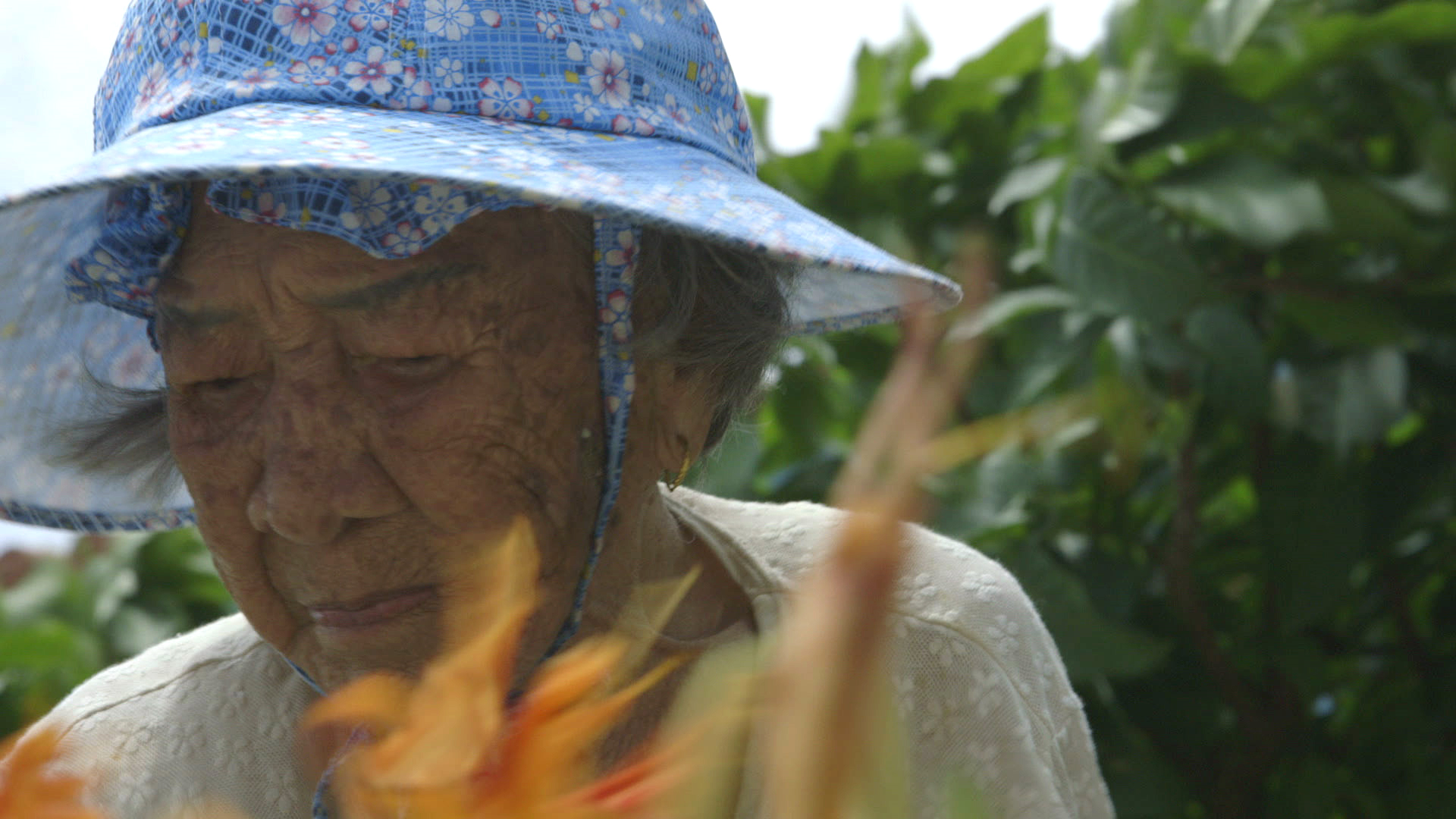 There remains only silence in the “Green Jail” in Iriomote Island, Okinawa, Japan. Before World War II, “Green Jail” was a large-scale mining village under Greater East Asia Imperialism which imprisoned thousands of miners, who were from Kyushu, Japanese colonies Taiwan and Korea and other places of Japan.

Grandma Hashima is the daughter of Yang Tien-fu, head of colonial Taiwanese mine, who experienced the coal mine period in the pre-war. She’s already 92 years old, living alone in an old shaggy wooden house where her family lived, near the “jail on the sea” with the tomb of her parents, and nearly no one visits her.

What about Grandma’s children? She often recalls her lost sons who left the island and never came back. After the war, the family changed their name from Yang to Hashima and became naturalized Japanese so as to make their son eligible to be enrolled in a university in Tokyo. However, her son carried the hope of the entire family to depart for Tokyo but he only called home once and has disappeared for more than 40 years.

The solitude makes her grow older day by day. Sometimes she thinks of trivial anecdotes 10 years ago; sometimes she recalls how her adoptive father with a lonely silhouette looked like when she was young; sometimes she recalls the days they were teased as “coal mine foreigners”... After the war, the villagers clammed up and no one talks about the coal mine days anymore. “Green Jail”, the so-called "Dead Man's Island" has all become ruins that no one goes in. What has happened in the coal mine? Yang Tien-fu has once recruited hundreds of Taiwanese miners to this “Green Jail”, making them unable to get back to Taiwan and leave the jail... Is he an assaulter or a victim under Japanese Imperialism?​

In 2014, I found my protagonist Grandma Hashima in a shaggy wooden house that seems timeless in that space. It’s a place full of stuff from colonial Taiwan which I never had a chance to know. The grandma is a cranky old woman who has bad relationship with her neighbors; I am the only one who visits her because I can speak the Taiwanese language which belongs to the deep inside of her memory. Sunshine never gets into her house, and time comes to a halt in this tranquil tropical island. Her house itself is a territory which should not exist nowadays: a place belonging to another time, and another country which no longer exists.

The atmosphere of the film is silent, indirect, and haunted. The haunted space (the house, the coal mines, the jungle, and the islands) creates the flow of this film: the film follows the rhythm of Grandma Hashima, also the invisible rhythm of the space. Grandma’s memory takes us to the world inside the “Green Jail”: the dark house, the colonial time, the mines, her family history, and her mind.

For me, this film will not be a typical history documentary, as what it would really like to explore is the relationship between people’s memory and the modern world. It also reflects their current spiritual life from their memory, and how their past impacts their future. Why did Grandma have no choice but brought to her adoptive father as a child bride; Why does she never leave the coal mine village even after it’s ruined? And why did her family have to experience the changing of nationality and without choices?​