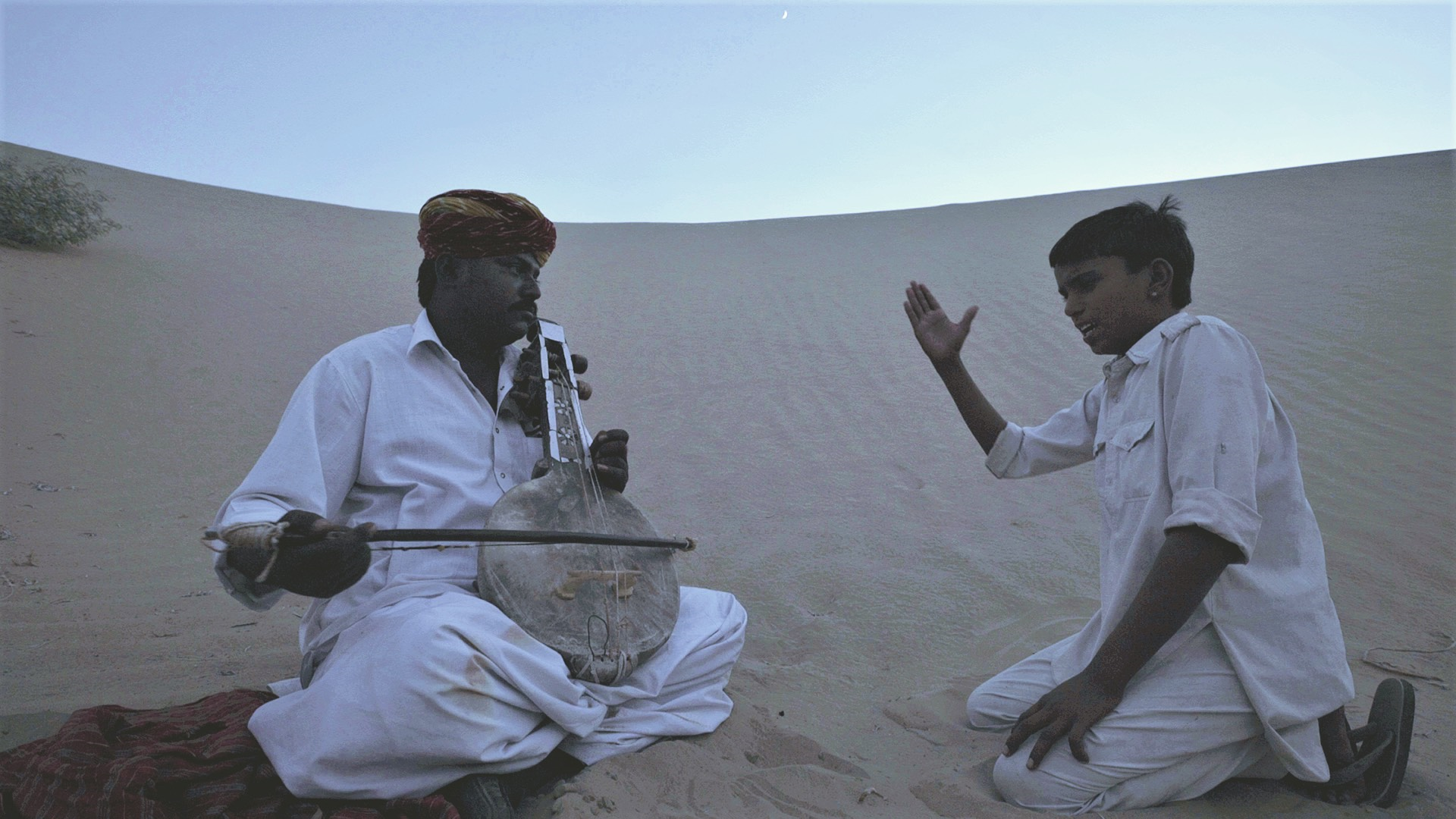 Pearl of the Desert

Moti Kahn, a 12-year-old Indian boy, is talented in singing. He loves singing the Manganiyar songs, a big part of which has been the long-time tradition of artist-hereditary patron relationship. But Moti finds singing for their patrons humiliating as they are still treated lowly, and he aspires to earn respect from the world through the music. He sets on a journey to the bigger world - will he be able to keep the spirit of Manganiyars?​

The discriminatory character of the Hindu caste system has sparked a situation in which the lower classes have converted religion to escape discrimination that has been through for centuries. The Manganiar family also converted to Islam, but because they were occupational musicians, they underwent persecution by radical religious people. They had no place to go, and eventually they decided to continue their business under the hereditary upper classes. The Manganiar family is deeply connected with the sponsor Rajput family and sings for them and builds an artist-sponsor relationship with strong economic dependence. This relationship allowed the Manganiar family to continue their lives with music. However, through globalization, India has opened up to the world, and culture and tourism have reached upto the desert where they live. And this situation is breaking down the order of the desert. The situation got worse because of frequent drought. Manganiyar is traditionally a singer for their patron. Over time, however, the patrons left the desert and moved to the city, and some of them became poor that they could not afford the Manganiyar family. In the end, the singing community can not rely on existing economic means and is forced to take other means to survive. The Manganiyar family has made several attempts to make a living, but it is criticized by their upper classes that the Manganiyar family is blurring and challenging the rules and authority of Caste. After the collapse of the Babri Masjid Temple, the tensions and conflicts between Hindus and Muslims deepened, and the rise of the Hindu right wing is also breaking the harmony of the desert. In Manganiyar community, there are people who want to make use of this confusion as a stepping stone to their revival, while others want to keep old traditions and live peacefully. This leads to a generation-to-generation conflict, and elders within the village think that modernity is taking away a new generation from an old heritage. At the same time, the younger generation looks up for the possibilities that Moti shows. They are eager to offset discrimination within the castes through publicizing their music, rather than violent means, to receive equal treatment in society.​