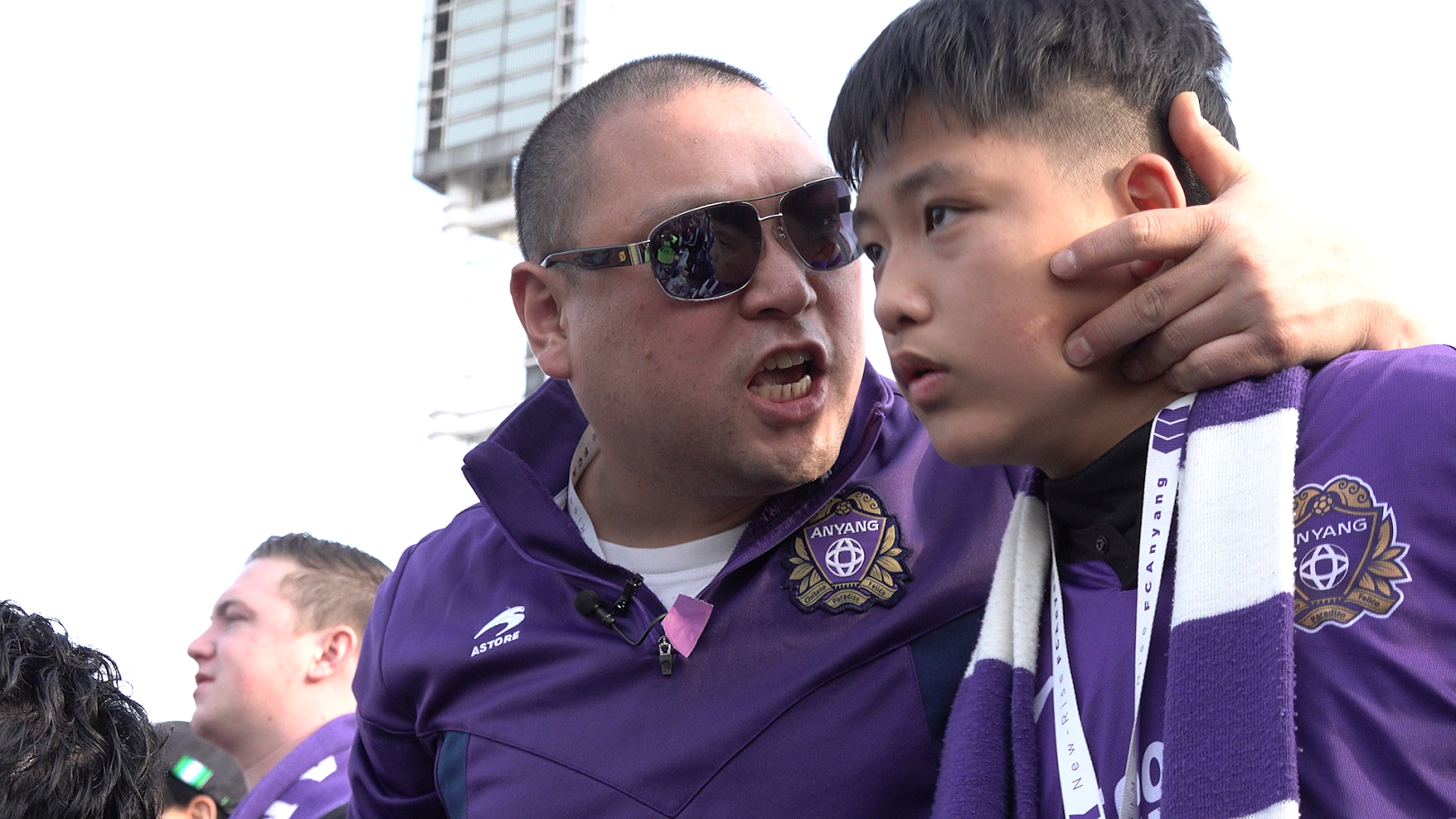 Sukhavati: MADE IN ANYANG

The banner hung on one side of Anyang Sports Complex, implies the fraught history of A.S.U. RED. RED was a fan club of the powerful K-League team Anyang LG Cheetahs. The Cheetahs had many star players like Choi Yong-soo and Lee Young-pyo, and won the league in 2000. However, after the 2003 season, LG suddenly decided to relocate its home base to Seoul. With the team gone, the fan club RED was also destined to disappear. However, they did not bow down to fate and so RED's fight began. They made a statement and announced their protest. They publicized the unfairness of the association. They burned LG products they owned and raised the red flags at national team matches. RED started the Anyang Citizen's Team movement. After nine years, finally, they found a team to cheer for, support, and become fans of - FC Anyang. FC Anyang’s uniform color is purple. It represents the identity of the city Anyang, the largest grape producer in the central region of Korea. The fan club who conceived them is still called RED. "Extreme red is now purple”

The first impression of RED was actually funny, with their notorious red flags and cry for justice with incomprehensive catchphrases. They were regarded as freaks - "Wow, Korea has such hooligans?” - before the realization that they were a ‘teamless fan club.’ We learned the desperate stories inherent in their actions. RED was completely abandoned yet healed itself through a nine-year struggle. In Korean modern society, the law of capitalism acts as gravity pulling in every existence without exception. However, RED rejected this gravity. Out of defeat, they fought with big corporates and politicians, and emerged victorious. We had a question for them. '’What was the driving force that enabled you to fight for nine years and not give up?”