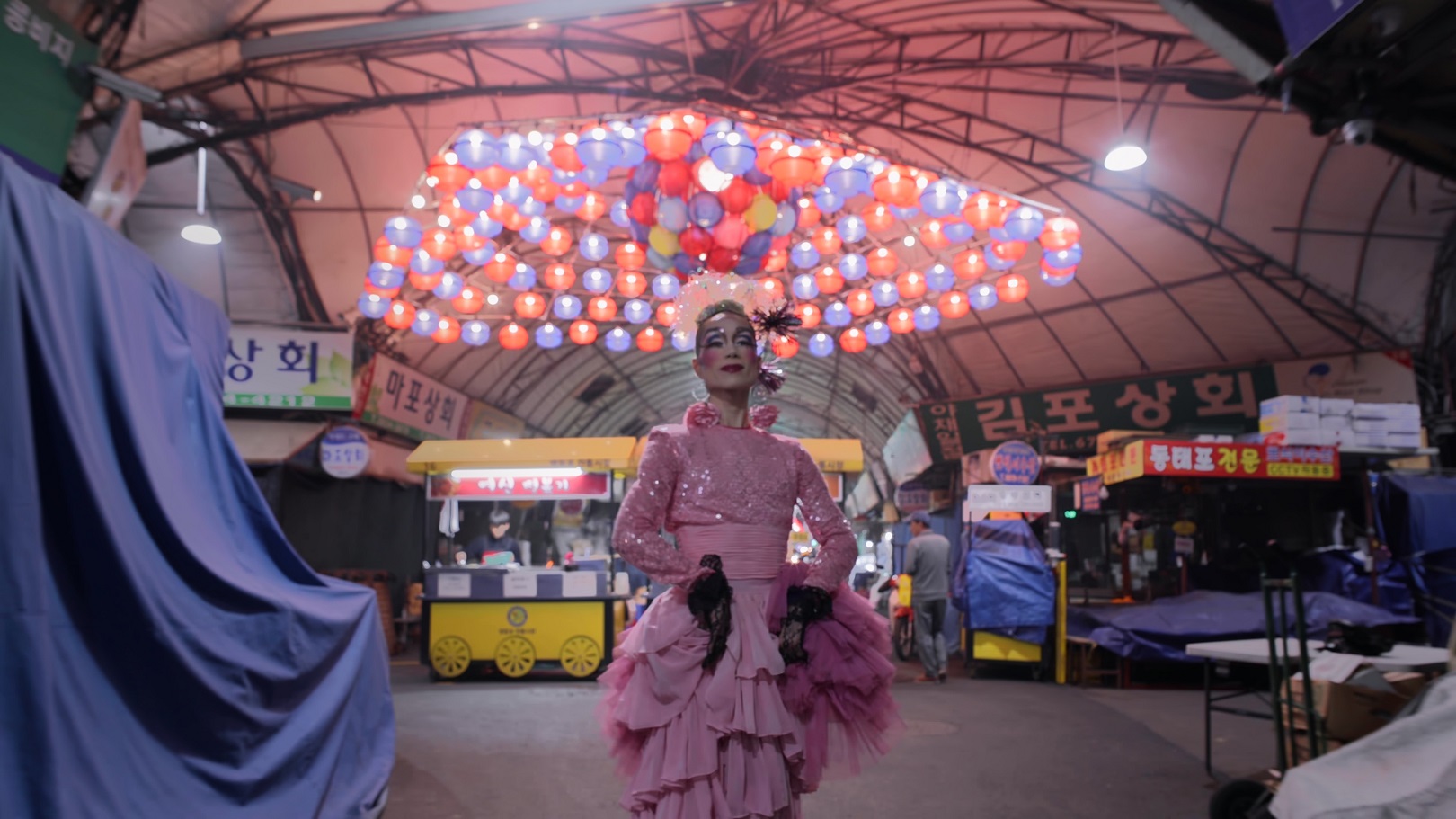 The signage of Itaewon Club , Trance, turns on. At the center of the stage, diva MORE is there. When MORE, a pro-dancer for 20 years, dances, everyone screams with excitement. MORE’s stage persona is both elegant and profane. After the show is over, people throw tips to the stage. They call him/her a drag queen. MORE, a transgender, has lived her/his whole life with discrimination and gazes of disgust. Serious depression and suicidal thoughts come and go routinely. MORE always says, "I want to live a beautiful life." Majoring in ballet, she/he dreamt of becoming a ballerina. She/He throws drag shows attempting to utilize her/his talent, but it is never fully satisfying. One day, while performing a drag show, her/his favorite actor and film director, John Cameron Mitchell, is at her/his performance. They share a deep conversation about art and work. John Cameron Mitchell leaves with a vague remark saying, “see you in the United States” to MORE.

People called her 'he'. Even sudden violence or finger-pointing was because of ‘him/her.’ People blamed and ridiculed all as a matter of 'him/her.' But she/he just wants to live in her/his own beautiful way. She/He imagines the beautiful moment when all of her/his joy and sorrow melt away and becomes a sublime crystal. Once again, she/he is on stage. She/He has spent more than 20 years on the stage floor in Itaewon. Her/His identity is the object of entertainment while she/he suffers. Her/His movements are tragic but beautiful, lonely but warm. MORE, this transgender drag queen artist calls herself/himself a 'furry fish(毛魚)', a pun using the same pronunciation of her/his name. This musical documentary, "I AM MORE", composed of her/his singing and dancing, wants to deeply touch the audience by showing an artist who protects and nurtures her/his own world despite many hardships.