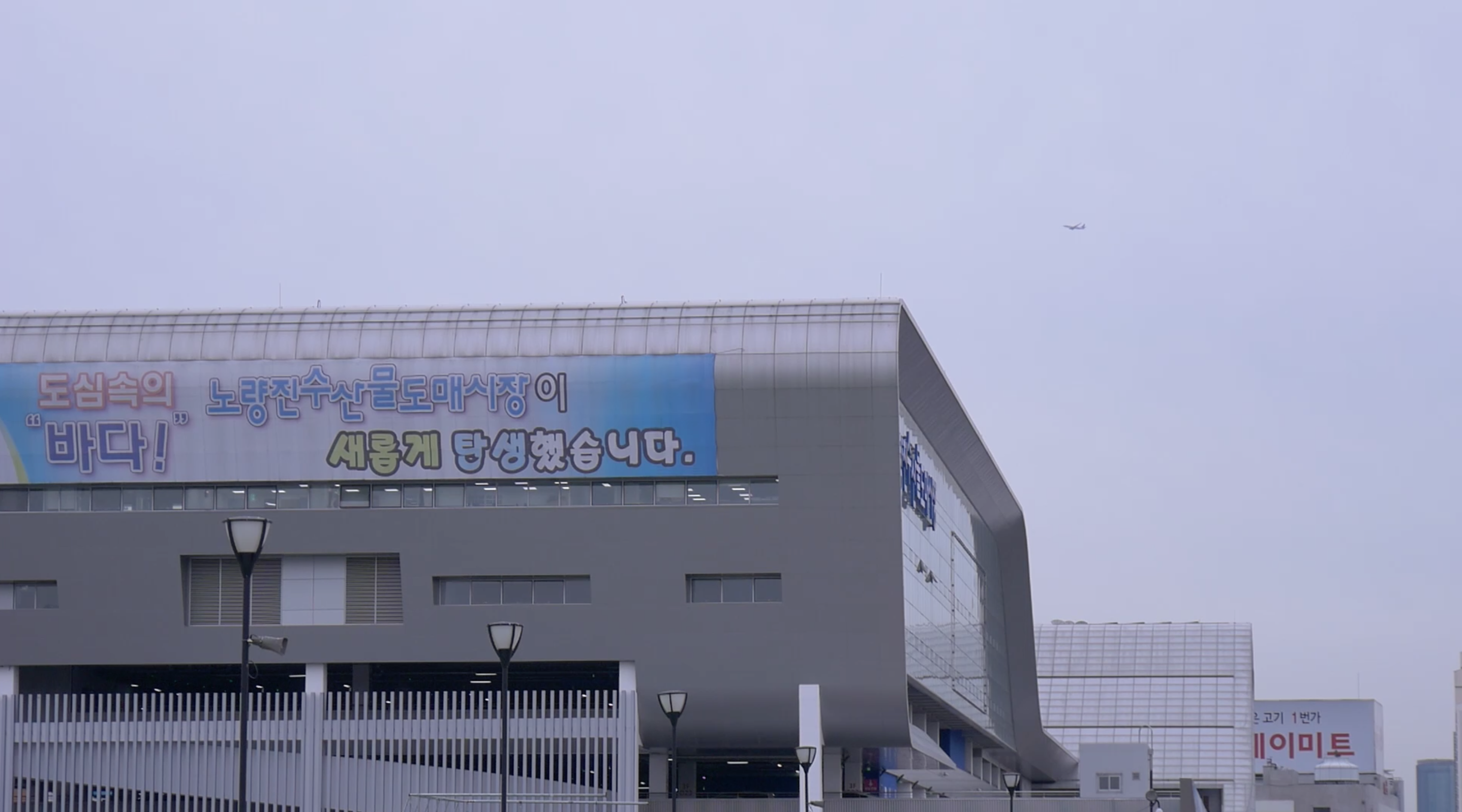 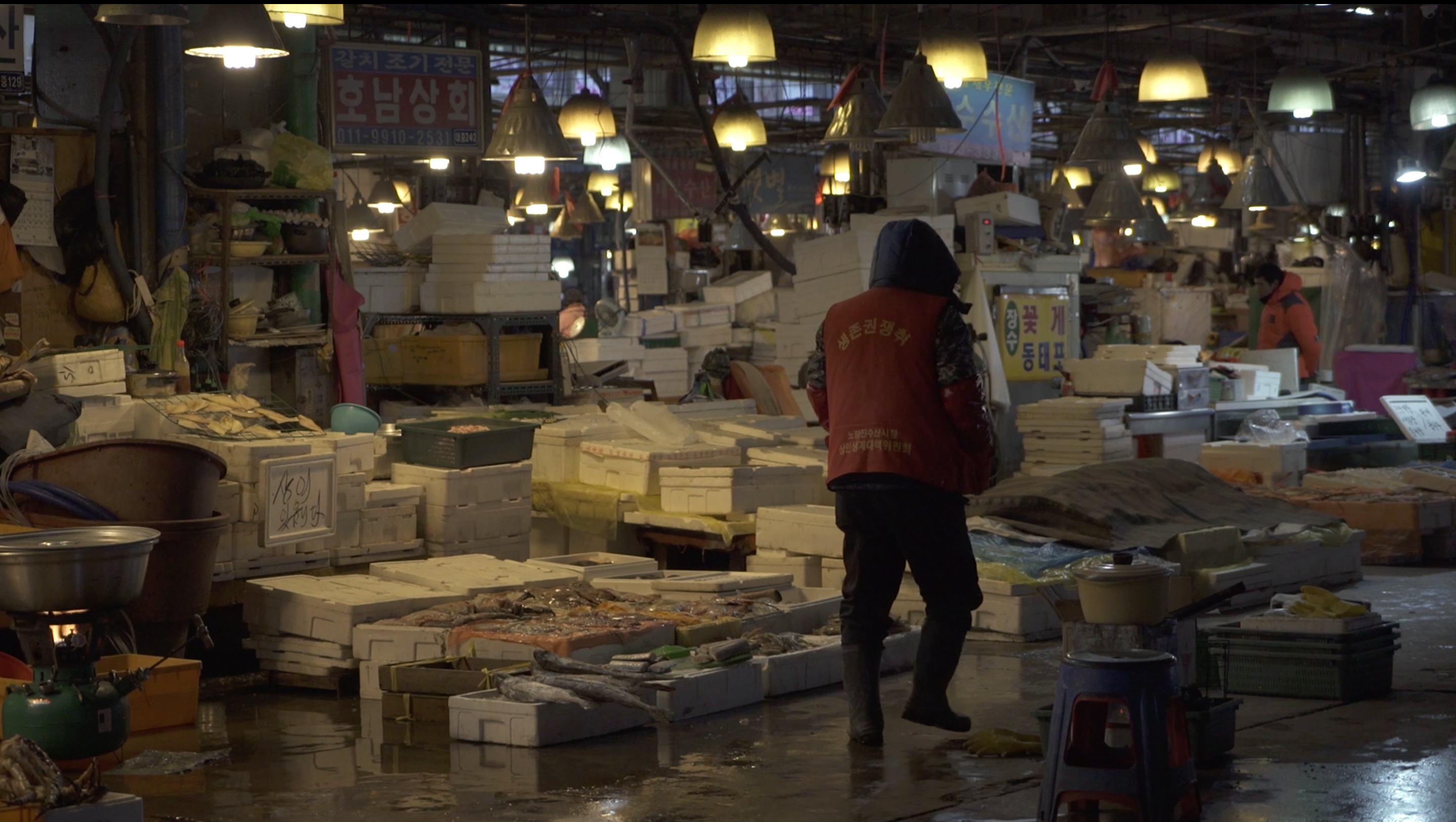 Noryangjin Fishery Market is one of the largest seafood markets in Korea. In this place, we can easily find the traces of time. However, as Su-hyup, the present owner, took over the market to promote fishery industry in 2002, they started a greedy plan called ‘modernizing project’ and this caused the unsettling conflict between Su-hyup and the merchants. Most of the merchants have already moved into the newly built building. Still, there are some remaining merchants who resist moving into the new one because of several reasons, such as architectural problems, expensive rent fee, opposition to the plan of building a resort complex at the old fishery market site and the affection for the place.