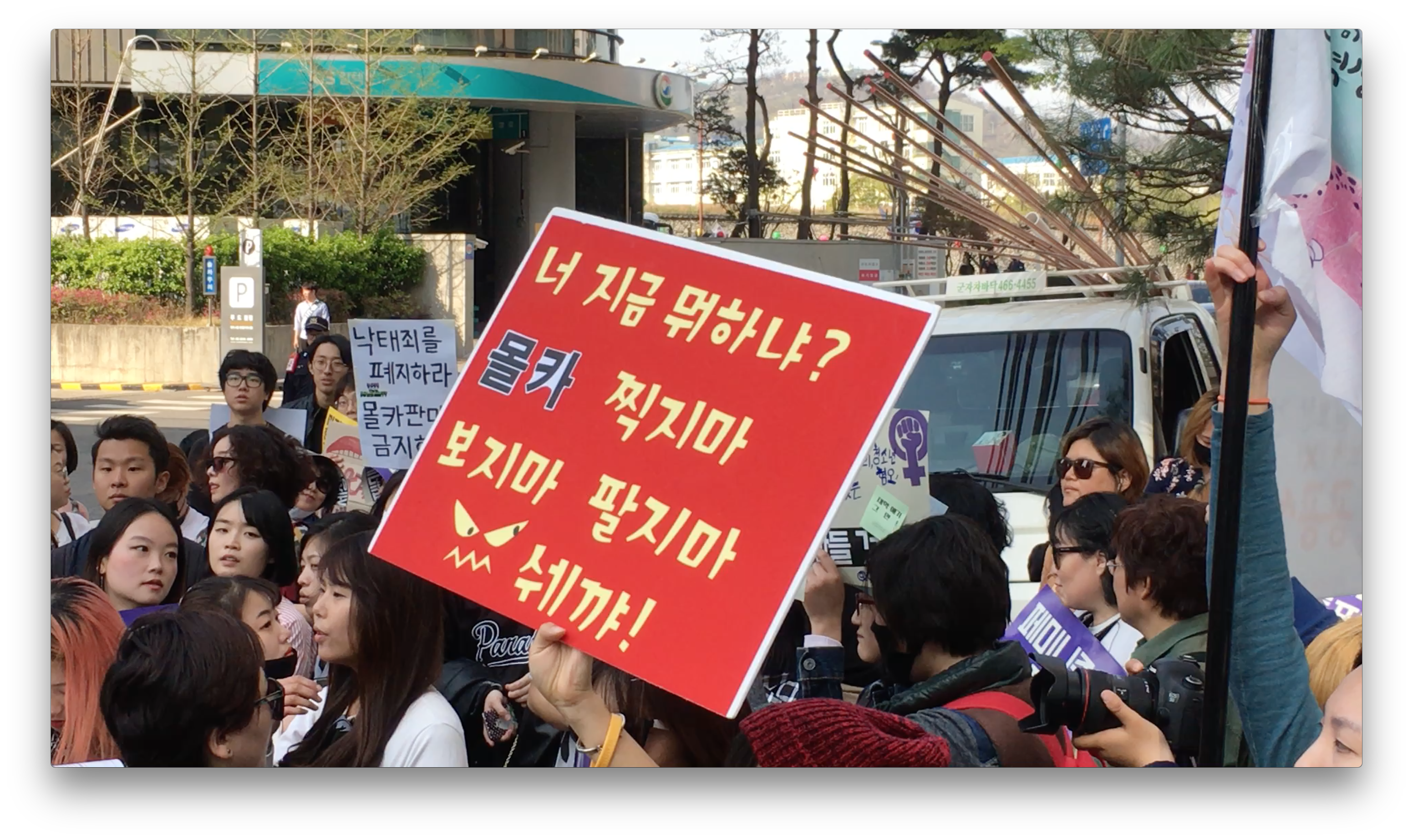 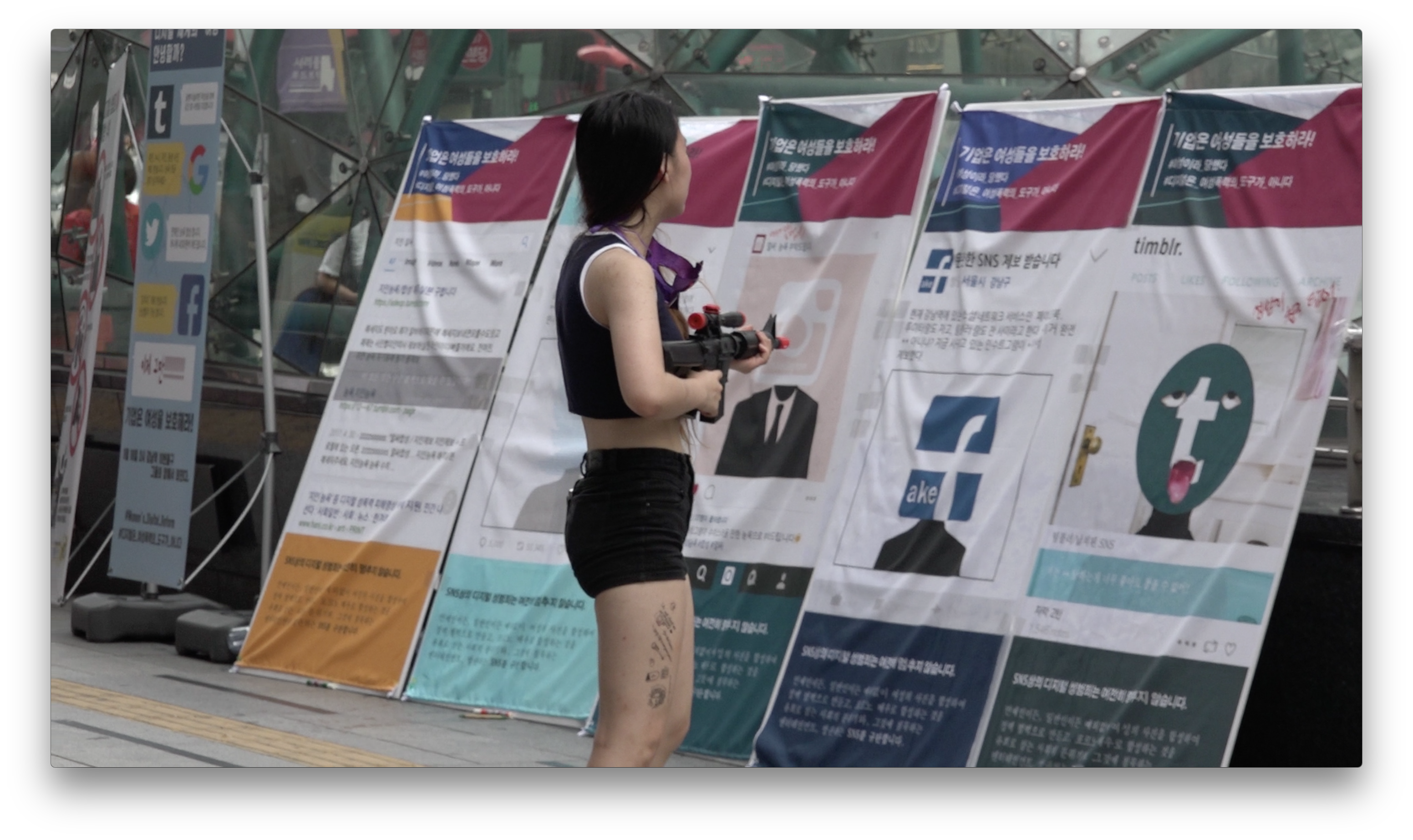 The democracy of South Korea has been fast improving. Why, however, have woman's rights in South Korea been killed off? South Korea became a powerful nation of the mass media through K-drama and K-pop. But women have not been shown in a democratic way in the media. Women are still being objected and exploited by the fixed image in the media.

Dahee and Jihyun who are young woman film makers are agonizing that how to live as a feminist film maker in South Korea. Meanwhile, They pay attention to a Feminism movement on the internet in 2017. Their camera follows a passage of a woman’s movement in South Korea through a story from current net feminists and old feminists. Futhermore, their camera keeps going to catch a feminist’s story in another Asia countries as China, Taiwan and Japan.

Also this documentary is a road movie that two young women directors agonize about a way to live as a woman film maker through ‘a feminism of South Korea’ and moreover, ‘a feminism of East Asia’.