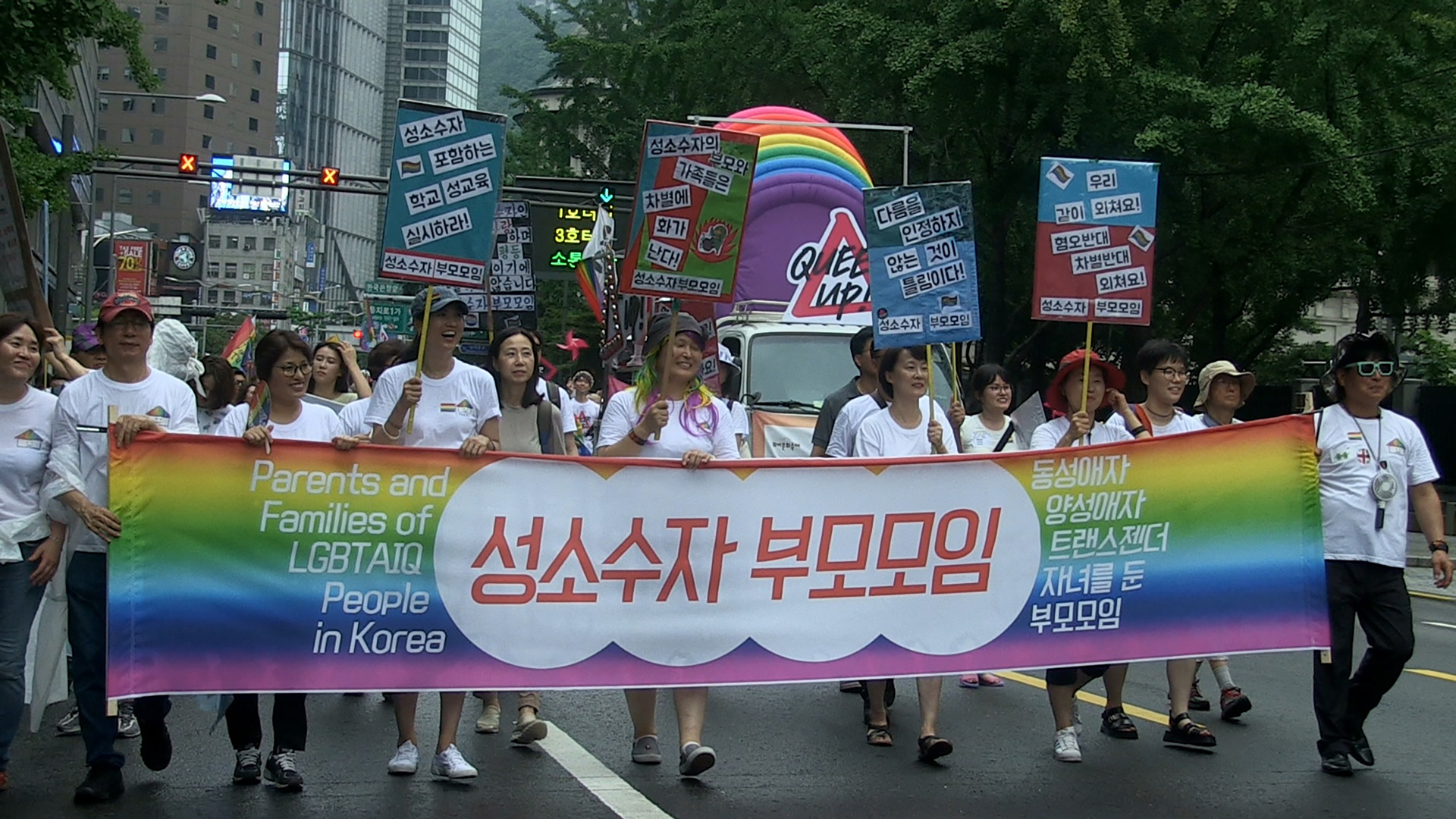 As the head of the fire department, Nabi briefs the staff. The next day, Nabi joins a queer parade to support her child, Han-gyul. However, the sight of her child after breast removal surgery with a shaved head and heavy make-up dancing in the parade upsets her. She has decided to be a good mother, but has heard Han-gyul refer to her an “old feminist". Nabi calls her sister and asks, “Why can’t I be affectionate towards my child like you? Both of us grew up without knowing a mother's love.” Vivian discusses labor-management negotiations in a union office next to the airport. Vivian comes home and has a video call with her son, Ye-jun, who is studying abroad. Ye-jun says that he has something to confess. He has found a boyfriend and will live with him while returning to Korea for his vacation. She is embarrassed, but nonchalantly begins to inquire about the personal life of her son’s boyfriend. As soon as she hangs up, Vivian sighs at the sight of a call from her mother-in-law. Ji-in lectures on the topic “Understanding Sexual Minorities.” After the lecture, she smiles as she sees parents and children talking together, but cannot help feeling a tinge of bitterness. Ji-in returns home and laughs while watching video of her son's childhood. Ji-in begins an email to her son in America. “If someone told you that there was nothing wrong with you…” she types and then deletes.​

The Mothers’ Brave Journey is the story of three mothers of LGBTQ children. The film talks about the reality of sexual minorities from the perspective of three mothers who have led independent lives. The three mothers question and challenge Korean society, which does not respect independent women. These women are progressive; however, the coming out of their children has turned them into contradictory and conflicted mothers. Accustomed to binary gender norms, they must now deny what they have believed to be normal in order to understand their children. They suffer from frustrated hopes for their children. But they do not stop there; they ask questions, face their prejudices, and try to understand their children. Through these women, I discovered a humanity in their efforts to understand themselves and look back on their own lives. The film talks about current LGBTQ issues through the female narratives of these three women. Dealing with their children's challenges allows the mothers to become aware of their own problems and find important issues in their own lives. The experience of affirming themselves as women is linked to the process of affirming the gender identity of their children. I use this process to piece together the stories of women and sexual minorities.​