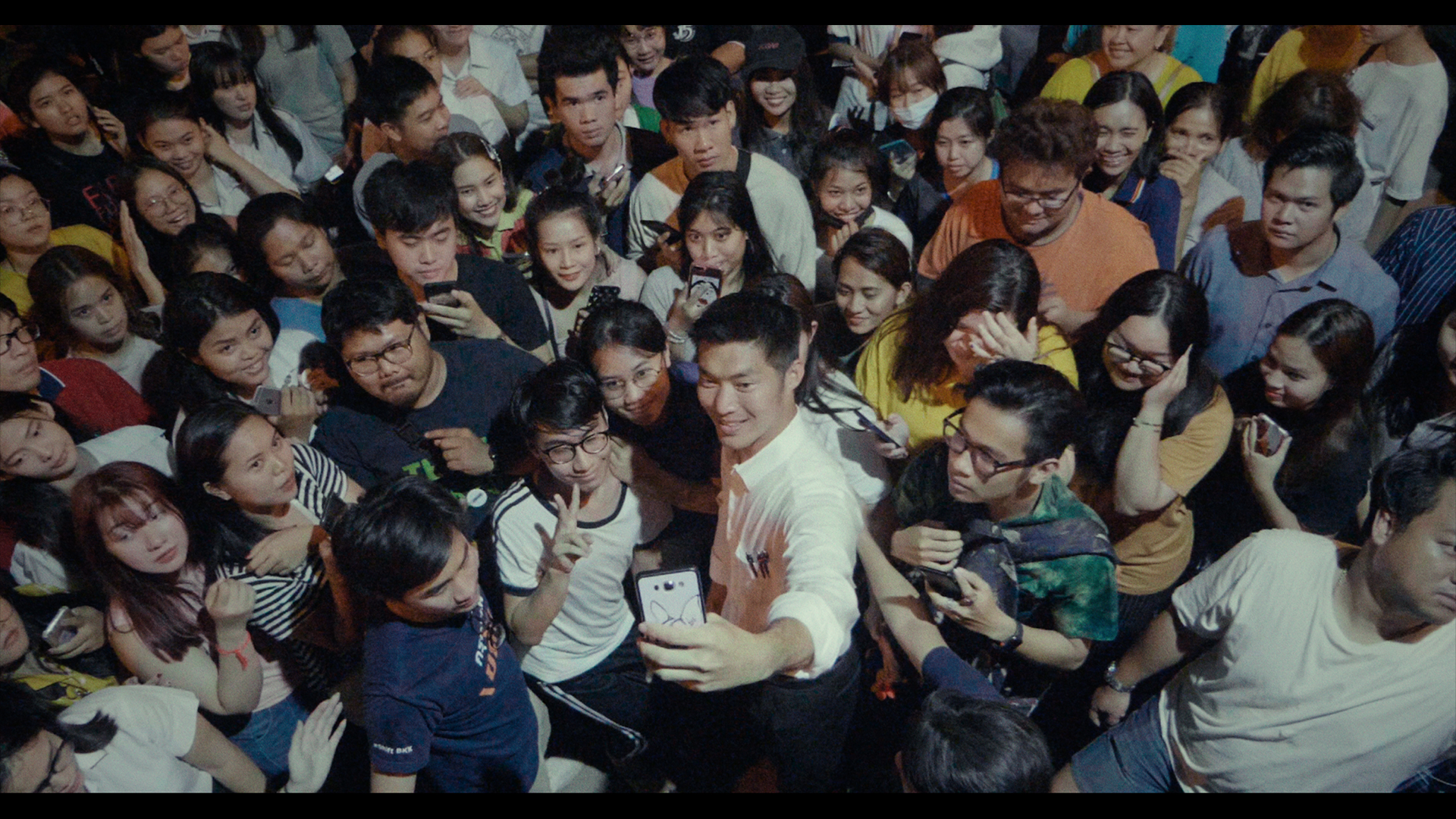 Aek and Snook are young filmmakers from Thailand, a constitutional monarchy which has suffered 13 coup d’etats in the last 87 years: an average of one every 7 years. The most recent coup d’etat occurs in 2014, while both are in university. After 5 years of military rule, an election is called but rigged to ensure the military stays in control. Aek and Snook lose all hope of change until Thanathorn Juangroongruangkit, aka TJ, forms the Future Forward Party and throws his hat in the ring. The party’s stance against dictatorship and opposition to military rule turns TJ into a star and gives hope to young voters like Aek and Snook. Through the eyes of these two young filmmakers, we will witness the dream rise of TJ and his party, their unexpected victory of 80 seats in parliament, and the challenge to military rule. But when TJ is prevented from serving as an MP because of a trumped-up conflict of interest charge, reality sets in. As the party gets bogged down in politics, the filmmakers find their access to TJ restricted. So instead, they turn the camera on themselves and their generation of young TJ supporters. Cherry is an office worker and a leader of TJ’s fans group during the election campaign. Som is a high school senior who attends every FFP’s events. Ink is a film student who spends free time filming protests. Aek and Snook will follow these 3 subjects: Cherry, Som, and Ink as they all come of age in this election and ask themselves the question, “What must we do to create change that we believe in?”​

Turning into a person who has maturity is hard. But it’s harder when it comes to politics. For these 20 years of growing up, the political situation in Thailand has always been in chaos. I don’t know which side to put my feet on. Last year, there’s a new political party which is led by Thanathorn Juangroongruangkit, a billionaire businessman who turns himself into a politician. The speeches he gave to people are an eye-opening. Many of us take on this idea, especially in the younger generation and I’m one of those who are marching along as his support. I believe that the cycle of military coup d'etats isn’t going to take Thailand any further. Instead, we're going backward. With this idea, I decide to follow this politician to see if he would succeed in his mission or not. But this journey also takes me to explore other different perspectives in this context which lead me to question my political standpoint. Therefore, I want to depict the whole picture of this significant moment of Thai Politics with the hope of change in Thailand. Along this journey, there will be moments of hope, disappointment, self-doubting, and struggling to find those answers.​