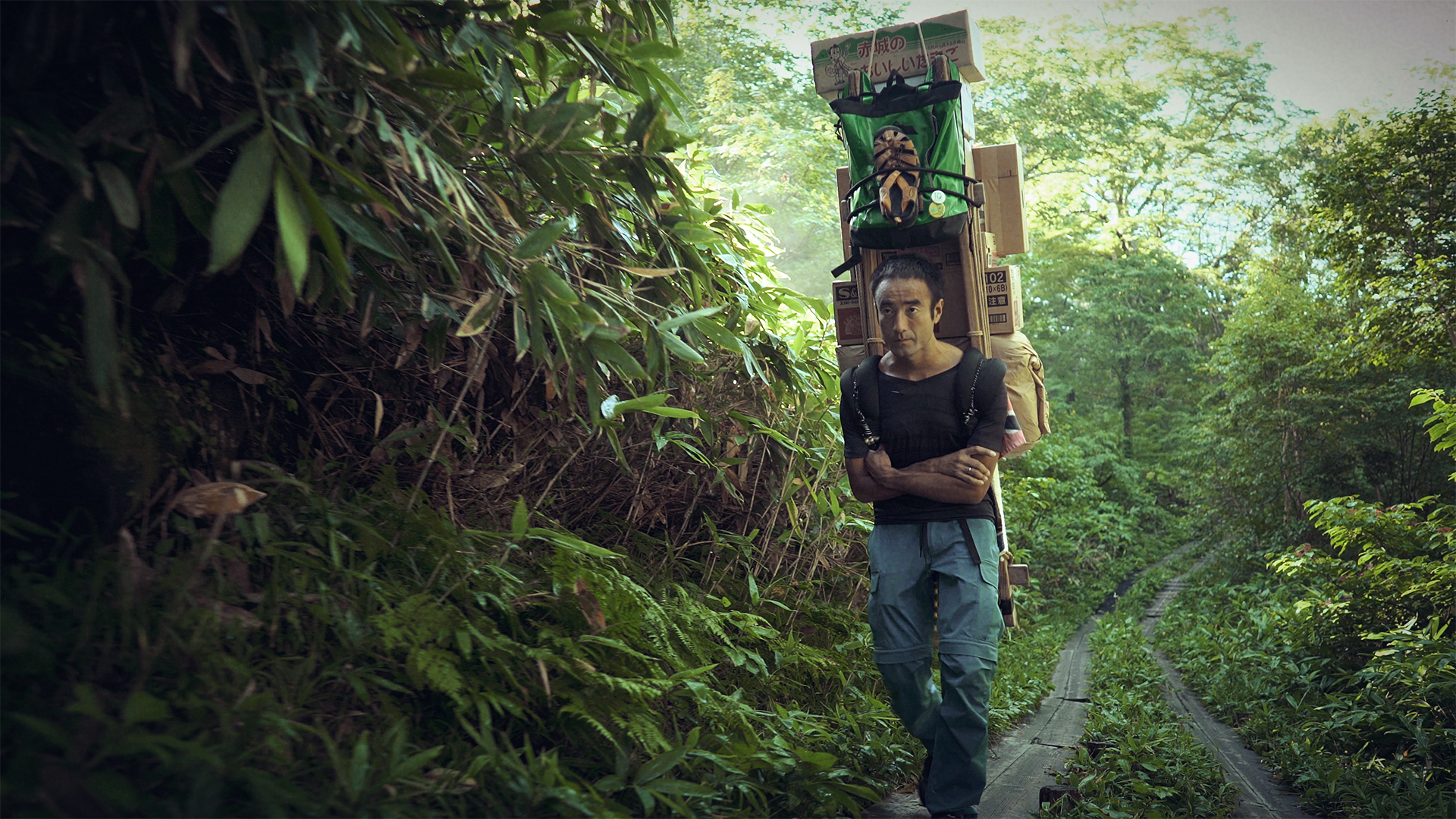 'Hiro' has been working as Bokka at Oze National Park for more than twenty years and always satisfied with his work. He says that there is no moment the same as the next one, although he always walks on the same path. 'Nori' is in his seventh year working as Bokka. He has a strong passion for work but is not happy that he can only work half of the year. He establishes a business called 'Japanese Young Bokka Team' to find Bokka jobs in winter. He is eager to expand his business to other organization that needs to carry heavy luggage on foot, such as mountaineering clubs and nature documentary productions. Hiro often stops to discover and photograph small creatures that can only be seen in Oze. A large helicopter appears once a month boasting at high speed, as if to ridicule the speed of Bokka. The helicopter delivers things that Bokka can't carry, including generator fuel and LPG gas used in 22 huts all over Oze. However, Hiro silently keeps his pace of work. And

when he's back from work, he takes a walk with his family and makes memories with his two sons. The weekly holiday is now a day that Nori does Bokka work outside of Oze. Today he is delivering parts to a TV station facility on the top of a mountain located 300 meters above sea level. The weight of the gas barrel is 80 kg, and it is used as the coolant. Unlike Oze, which is mostly downhill and flatland, Nori climbs a steep uphill. Eventually, he has to leave the Oze work early the next day.​

In 2016, I became aware of the existence of Bokka while I was researching on TV documentary items. I saw a photograph of a man carrying a load that was much taller than his height. The photo was quite beautiful and evoked my curiosity. For me, Oze was a physically difficult place for filming as I don't walk a lot unless I need to and I don't enjoy walking much. It was hard for me to understand the affection of Bokka towards Oze since they go back and forth on the same paths every day. And I couldn't believe what Hiro told me at first. He said every day feels like a new day although he is on the same paths for more than 20 years. However, after about five days of filming, I started to see how precious and meaningful every step is. Maybe it's because I quickly gave up the hopes of relying on transportations. Also, the sight of old benches at the cabins gave me brief but great happiness as I was walking towards the cabins feeling tired. The more I became acquainted with the two characters, I realized that the two men have different ideas about life, although they are doing the same job. Hiro finds it meaningful to work at Oze, but Nori wants to leave Oze. I felt like my reality resembles Nori, but I wanted to be more like Hiro. That's why I wanted to capture the ideas and daily lives of these two men that seem somewhat similar but different at the same time.​