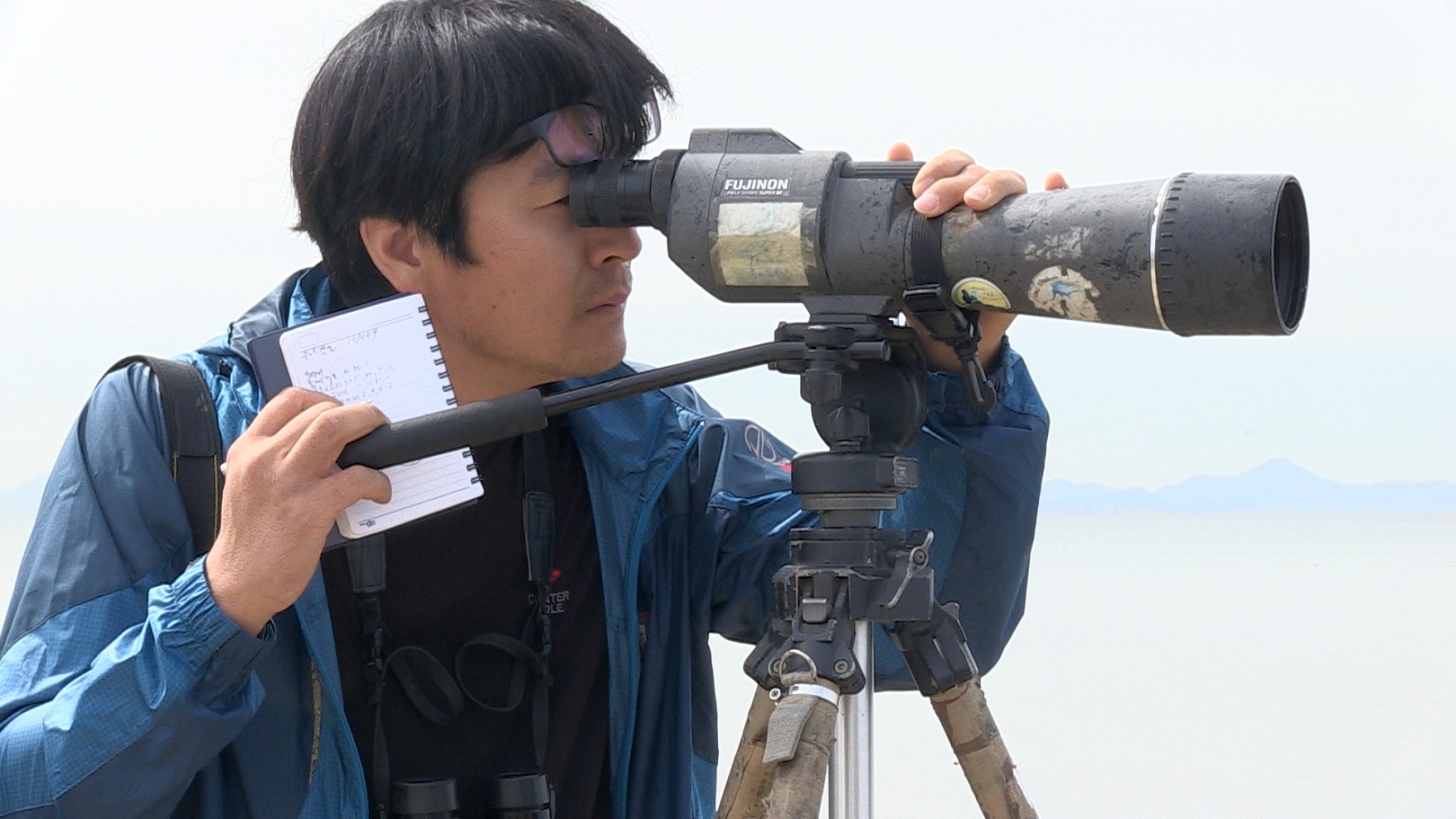 I am the Sea

On the first weekend of every month, there are those who gather at ‘Saemangeum’ without fail. They are members of Saemangeum civil investigation group. Ranging from carpenters, students, anthropologists, writers and farmers, the group is comprised of a wide variety of people of all ages, jobs and places. For 17 years, every month, the group has been voluntarily observing and investigating the lives of birds and citizens in Saemangeum. It has been looking into, listening to, and documenting what happened to clams and birds in mudflats, as well as the residents after a huge 33.9 km seawall closed off the estuary from the Mangyeong and Dongjin rivers. The truth behind ambitious blueprints promoted by the government and developers have remained -tens of thousands of photos, voice recordings of people in a fishing village, journals full of memos and volumes of thick reports. Poor citizens have silently left those significant records ,which were not created by scholars or experts. This film is about the recordings and memories of people in Saemangeum civil investigation group who are eyewitnesses of Saemangeum. This film unfolds a sad but beautiful story of birds and people who would have disappeared from history if it were not for their memories and documents.

Even though a lot of people struggled to stop the Saemangeum reclamation project and the resulting unprecedented ecocide, a huge seawall blocked the ocean in April 2006. People have forgotten about the ‘lost fight.’ The fact that there are citizens who have been investigating and documenting Saemanguem for 17 years voluntarily, which everyone else had given up on, is miraculous and inspiring. Saemangeum civil investigation group has become a witness and a recorder of the scenes where a large-scale construction project by the government’s military dictatorship destroyed the mudflat environment in the name of a national project. I wish for the group’s protests and records to be brought to the surface and become evidence for a ‘social trial.’ This film intends to bring back the memories of the citizens which have been undocumented and capture them with a camera before they fade away. Records do have power.

I - one who had forgotten about Saemangeum and regarded it as ‘something that’s now over’ - am standing at the middle of Saemangeum. While recording what was left behind after the reclamation project with the civil group, I find myself a victim of it. The huge wasteland of dried mudflats has caused serious fine particulate pollution. The mudflats, which could have been a land of life for children to play, is now a land of disaster threatening the health of families. Making a film about ‘Saemangeum,’ has now become an act of protecting our lives.